John pulled out one of his large collections and put on an AWI game for 6 of us a few weeks ago in the garage.  The Colonials won at the end of the day - but not before I learnt the difficulty of attacking (attempting to!!) a redoubt that was held by Hessians. 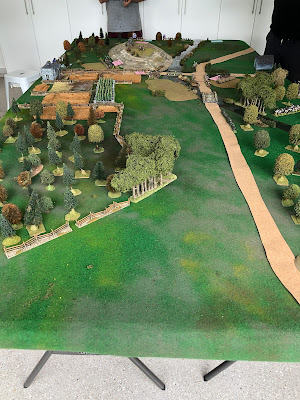 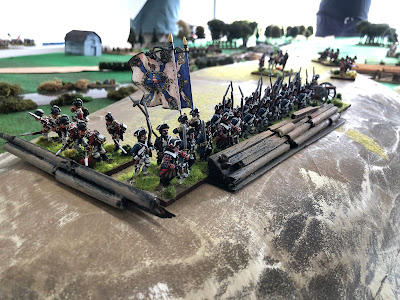 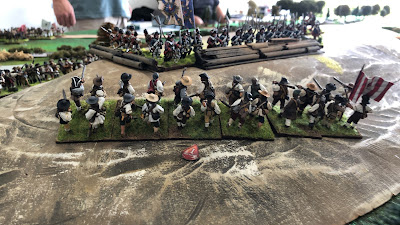 And finally a shot of an excellent cornfield that had been put together by Phil who unfortunately could not join us for the day. 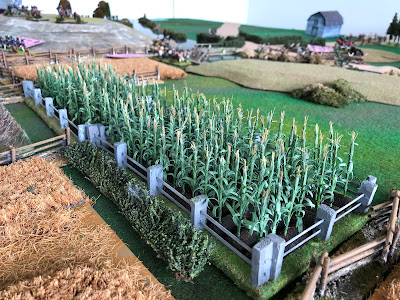 The annual Christmas Napoleonic Big Bash at the Cumberland club took place in mid December.  It is basically an excuse to get as much lead on the table as possible and advance.   I had a Corp of Bavarians and faced off against John with his Russian Corp and a s***load of Russian guns.  The Age of Eagles rules were used
The other tradition is a wonderful lunch put on by Joey - I thought I had photos but alas they do not appear to have been on the phone.
But to summarise as glazed ham, roast lamb, chicken, mango salsa for the ham and baked veggies washed down with a Crown Lager or two.  Excellent. 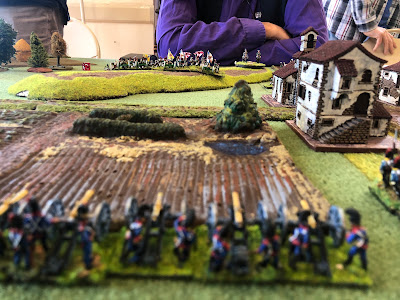 Another game put on by Ralph at the club.  This time with his collection of Navwar WWI 1/3000 ships.
We played Dogger Bank and a great day was had by all. 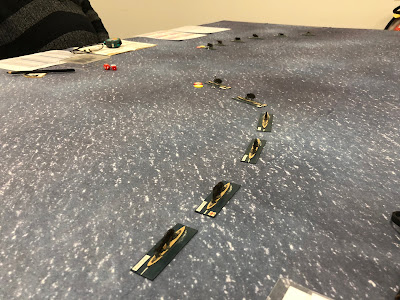 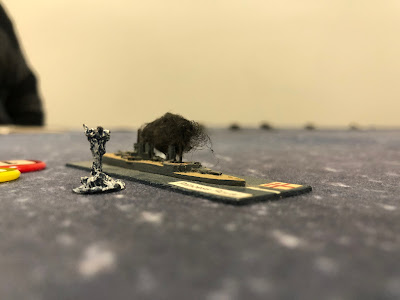 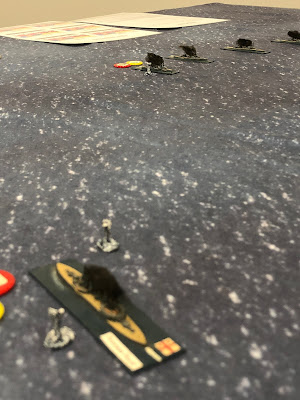 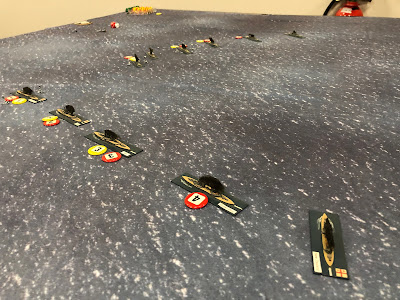 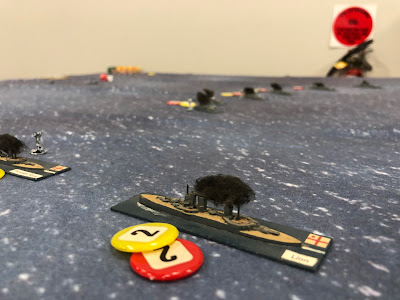 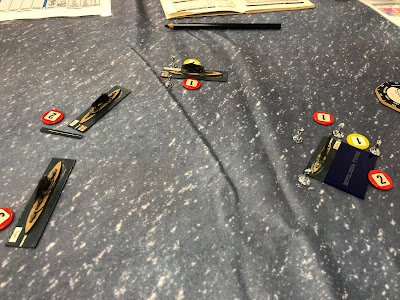 Quick photo of the ongoing 6mm Napoleonics for 1813

Work continued through the year on my 6mm Napoleonic project for 1813.   The last post I put up was Saxons for 1813
Two simple shots taken before basing material has been applied - Guard Chasseurs - Old and Young Squadrons 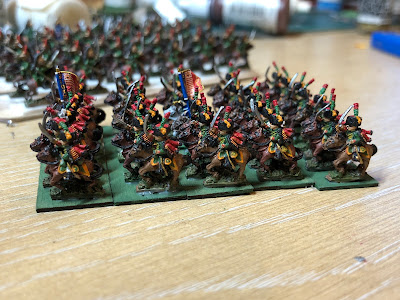 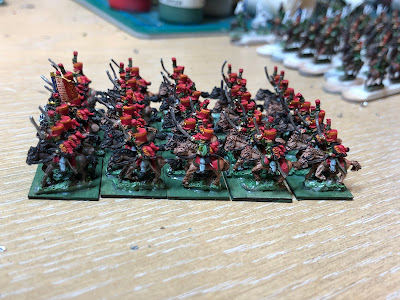 And the rest of their cousins 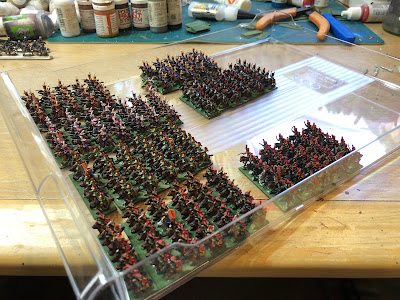 Over the course of the year I have done approximately 200 French and Allied battalions of infantry and 20 cavalry regiments.  Work started on the Prussians about a month ago.
But .... I still haven't decided on the basing material I will use so all are simply on painted Litko plywood.
Posted by rct75001 at 4:15 PM No comments:

As is obvious from the lack of posts, I have been derelict again this year in maintining this blog.

Now that I have some time off work over the Christmas holidays I will make a few posts mainly showing the few games that we have gotten in over the period since March.

First up is a great game of Blucher that Ralph put on for us at the club in July.  It was the Battle of Fuentes De Onoro.  John and I were the Spanish / British.  A few photos with captions. 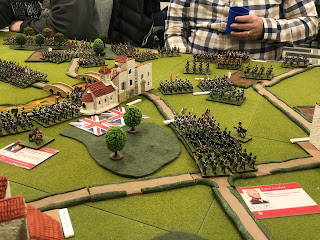 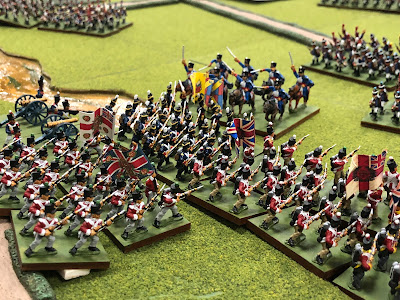 We had a great day's gaming and as to be expected :) the British / Spanish forces won the day.  The victory came down to the covering action on the right flank and the steadfastness of the British in the town.

Rapid Fire at the Club

First game of RapidFire we have had at the club for a number of years. Chris and I decided to get the forces out for a scenario from the Normandy Battlegames book with the 6th Airborne Division against elements of 21 Panzer Division.

We used the RapidFire Reloaded rules and were both very new to them. The Germans got hammered by all of the indirect fire and didn’t really threaten the British 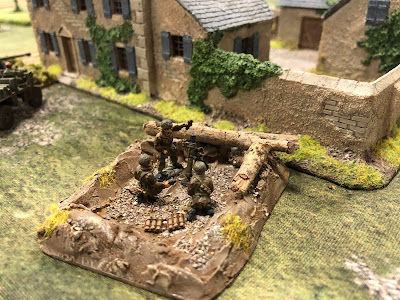