Yes I've been away from blogging for a few months.  Happy to say that most of the reason I have been away have been very pleasant.

But back now and after having a few games over the past year with the great guys at the Goulburn Valiant Stormers, I have been drawn into Impetus and have chosen to build a Hun army.  A period that I knew (know?) nothing about and a rule set that I am learning - but getting great help from a few.

So here is the bags unpacked and divided into units.  Figures are mainly from Foundry (with one of the various pack deals they have had recently) as well as Musketeer Miniatures. 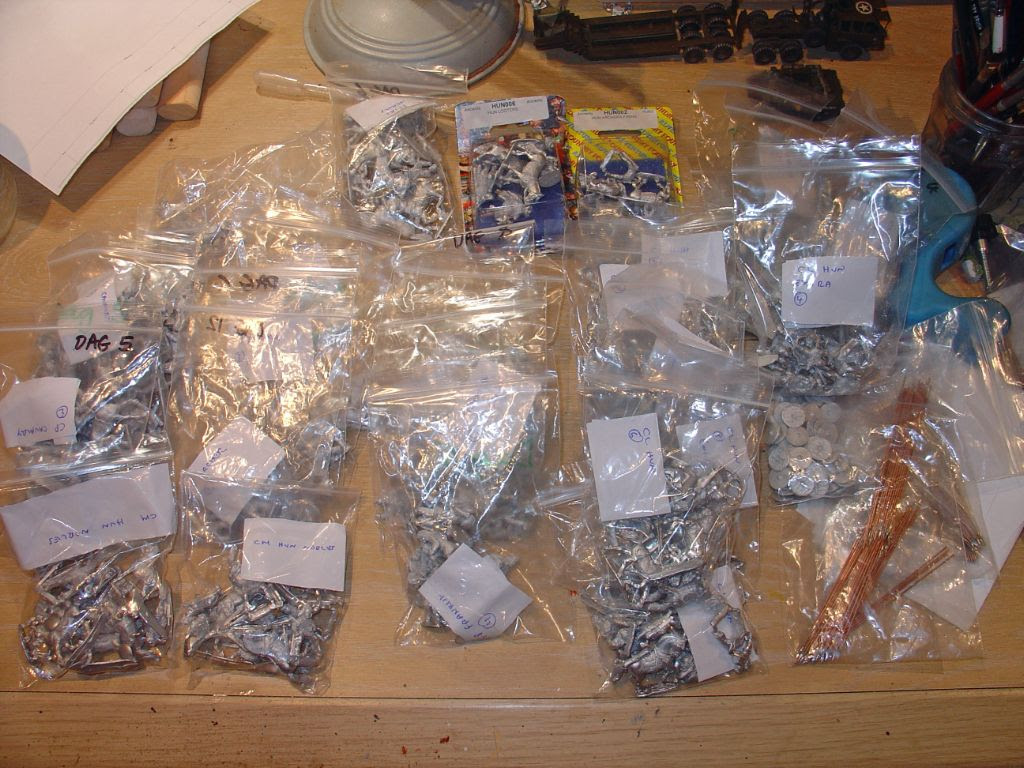 First bases should be ready by end of the weekend.