Well we picked the hottest day of the year (more on that later) to gather at Ralph's place for a game of Fire and Fury.  This was set at Bull Run on his handmade specific terrain using part of his great (huge) collection of 6mm H&R ACW troops.

I was the Confederate commander and faced Ralph, Ross and Nick.  The Rebs had a hard time of it for much of the game.

﻿﻿﻿
Now I said that I would give you a bit more on the weather - below is a picture of the car about 5 minutes after getting in to it to go home - this was 5.45pm.  Aircon was keeping me sane inside the car while the outside was getting ready for the bacon and eggs.  I've never seen it get to that level before.

I have again followed the inspiration of Jonathan's six monthly reviews that I so look forward to reading on his Palouse Wargaming Journal.  Last year I copied the style and content of Jonathan's graphs and have again repeated the analysis.

With the caveat expressed last year that my records only go back 7 years of the 30 I have been painting, I have shown how progress has gone.  I have used the point system from the Analogue Hobbies Paint site to allocate points per size of figure..

Firstly I have shown painting by year by period based on an actual figure count. 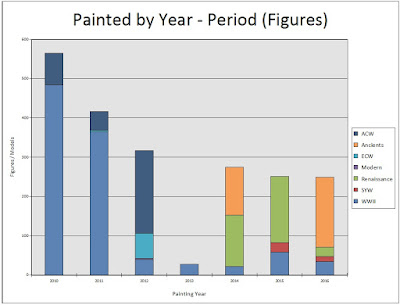 Next up is actual figures adjusted using the Analogue points. 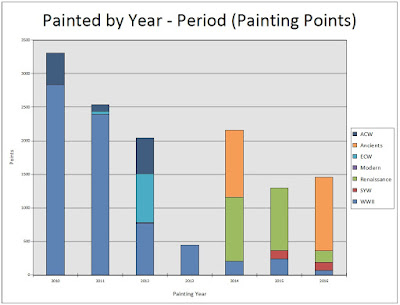 There is not too much to say other than I have focused quite heavily on 28mm armies for Impetus over the past three years - both Ancient and Renaissance.  As you may have seen from the blog this year almost all of my work went into the Carthaginian and allied armies with a little bit of work on others.

I'm glad that the numbers have improved a little on last year - but they are not at the levels I was achieving a few years ago - mainly while the Guild painting challenges were being participated in. 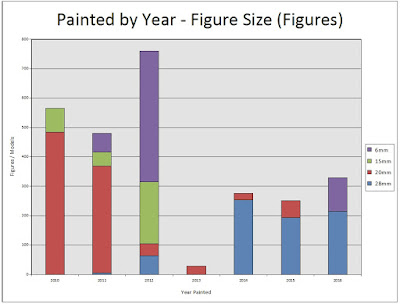 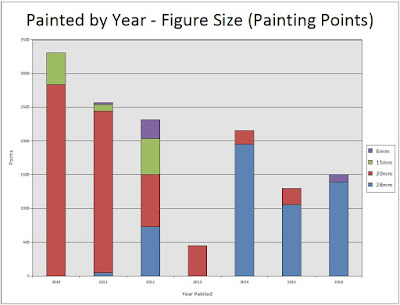 So it is left to show how the inventory has moved during the year.

I surprised myself by keeping the inventory that I had prepared last year, up to date through the year as I purchased my "raw materials".

This information is slightly misleading currently as I do not yet have the ability in the database to record what has been painted and to remove it from the inventory.  But, while not giving away too many secrets on the size of the inventory in figures (the tax man may be watching), let me say that had I removed what I painted in 2016 from these inventory numbers the difference would not be statistically significant (as the scientists say).

Having the inventory has again saved me a reasonable amount of money this year as on a number of occasions I have been almost enticed by a sale or a second hand offer only to check the inventory and satisfy myself that I needed no more - or that I was about to duplicate a purchase.

So what follows are two graphs showing the percentages of my unpainted pile by period - one based on actual figures regardless of scale and one based on an adjusted count of 'painting points'.  Again for this purpose I am using the point system from the Analogue Hobbies Paint site. 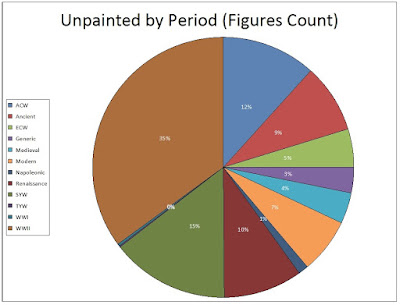 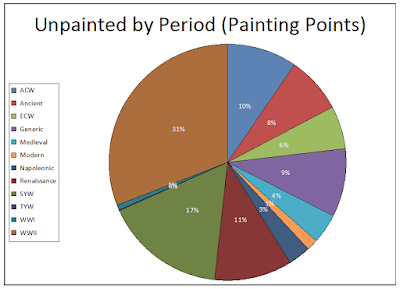 I have again not managed to catalogue all of the collections - namely my 6mm and 28mm Napoleonic projects and some 1/1200 and 1/2400th scale naval projects.  Perhaps that is something that can be added through the year.

What to expect over the year (perhaps...maybe) 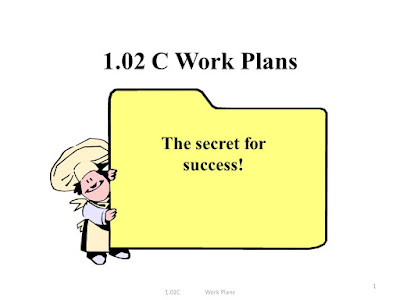 The first thing for you to know is that I am so easily distracted that anything I say here may be complete fantasy by the end of the week - so as to render this as just another blog post - useful only to increase my post count.

So in no order (because that is even more fanciful if you believe I could be held to an order or priority):

One thing I am sure of is that what will occur over the year will include things that are not in the list above .... it is a wonderful hobby. 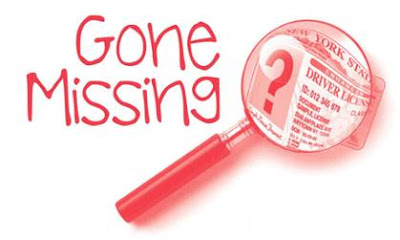 Well it has clearly been far too long since the last post and far too few posts over the past year for anyone to take this blog seriously.  It has taken me a while to decide whether I would continue with the blog going forward - but I have decided to continue to do so.  If for no other reason than it gives me a record of what I have been painting so I can review it periodically.

So it is probably worth starting off the new year with a review of what I got up to gaming wise last year.  Activity at the Goulburn club unfortunately dropped off during the year for a few reasons - but there is a renewed hope that it will kick off again in the new year.

Gaming has primarily consisted of periodic ones with Ralph, Richard and few others as well as playing in a few Impetus competitions during the year with a pretty good bunch of mates.

The games with Richard, Ralph and others have mainly involved Impetus.

There was also the memorable Stalingrad game over a whole day at Ralph's which I showed here.  We also played a few games of Napoleonic Naval with wonderful looking 1/1200th Langton naval ships.  The miniatures were mainly from Yaki and Richard and we gave the Kiss me Hardy rules a run.

We also had a few games of Baroque - one of which I posted about back in March.  These rules are great fun, have a few concepts that we hope will find their way back into Impetus and give a good game in a few hours.  I intend to paint my 28mm ECW armies for Baroque and have recently acquired some of the superb 15mm Totentanz 30 Years War figures that I will again use for Baroque.

On the Impetus comp front, I played again at Cancon in January, Wintercon in July and MOAB in October.  These are all great weekends spent in the main with a great group of friends - good food, wine / gin, lots of lies being told and a few games along the way.  As you may have seen from the blog, my focus was on getting a Carthaginian army painted up and I played with this in all three comps.  They did well in all three.

On the painting from most of the time was spend doing the Carthaginians and then adding to them as the year went on.  But more on painting in the next post.
Posted by rct75001 at 3:17 PM 6 comments: