These have been done for a while but only had photos taken on the painting table. So here they are on the field so to speak.  Again they are Eureka figures and they were beautifully cast with little to no flash. 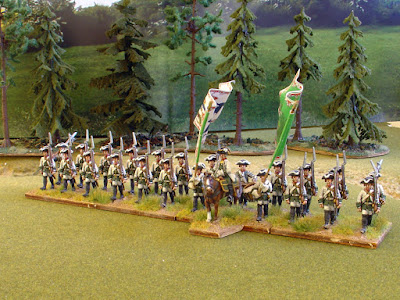 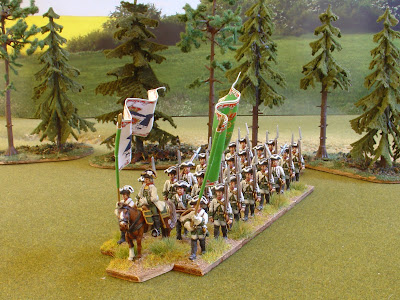 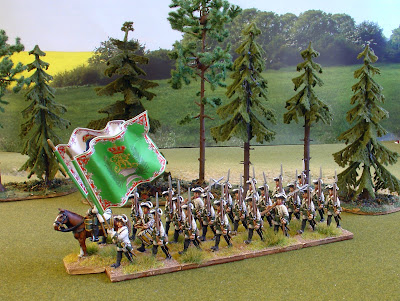 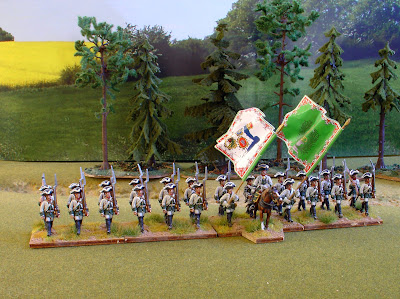 This was my first unit painted and when I saw them in line like that I realised it needed to have an odd number of bases so the command base would sit in the middle.  So I have gone back and acquired the extra figures to give me 5 bases of 6 for the infantry regiments.  I am tossing up whether they should be 2 figure wide and three deep.  This would give me greater space on the table top to deploy them.﻿
Posted by rct75001 at 5:00 AM 7 comments:

Finished my first Saxon cavalry unit - the Prince Karl Chevaulegers.  These are Eureka figures with home printed standards.  I have bought some more to do a third squadron. 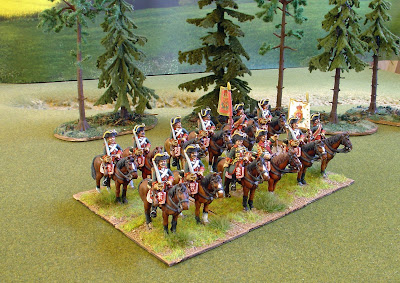 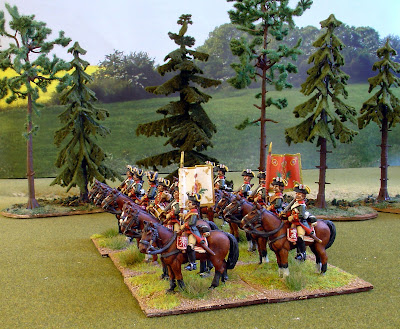 A few more new units to add to the collection.

Firstly another generic unit of mounted arquebusiers.  You can't have too many of these - they are wonderful at putting the wind up your oponents :) 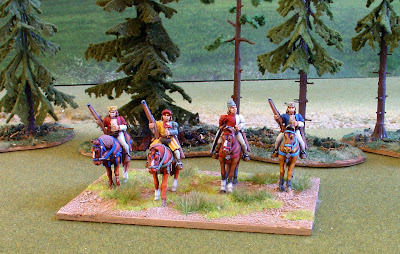 Then the first of the TAG Spanish knights - not too sure about the painting of the tunics on these - they look a bit plain to me. 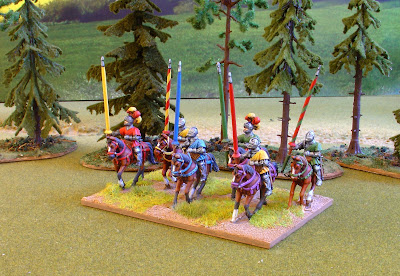 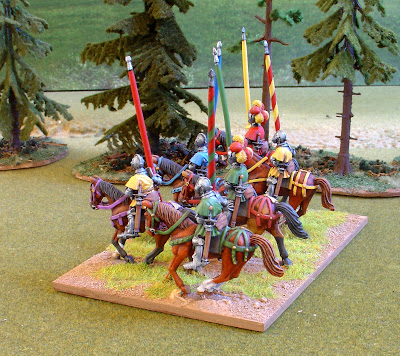 A newly painted base of Landschnects marching rather casually to the battle.  These are Foundry figures and are the first of four bases that I have to paint of them. 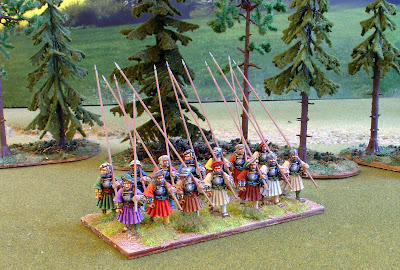 We had another go at the playtest rules for Baroque on Friday night at Richard's house.  Richard's French were up against Ralph's Bavarians.  Both armies look wonderful.  Most of the photos are from the French side as I had one wing of the army. 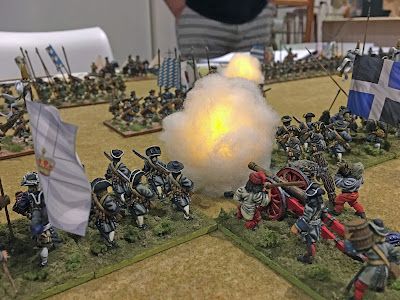 Here is Comte la de daa - my wing commander.  Looks petty good whatever he was called.﻿
﻿ 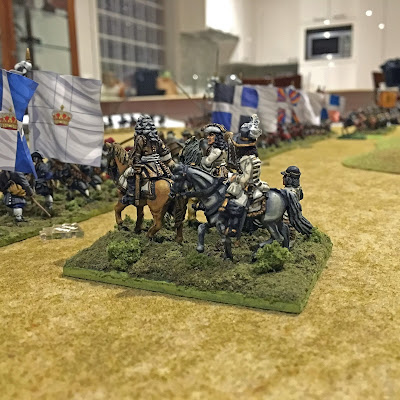 The French line about to advance. 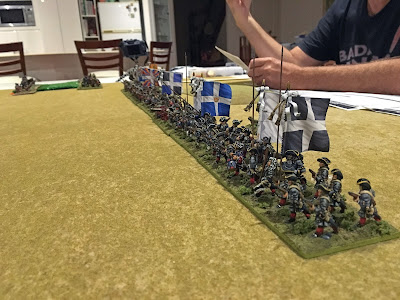 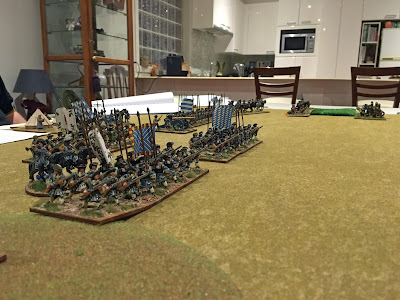 Early on, Ralph moved his two Cuirassier regiments up to threaten my left flank.  They get benefit in combat due to the steel cuirass. 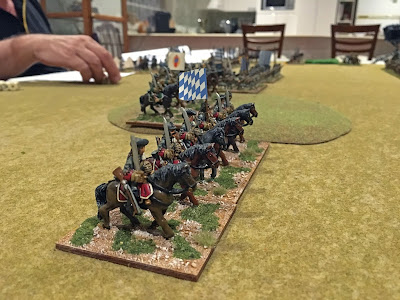 My lone French horse regiment realised that now was the time to write themselves into the history books and advanced valiantly against twice their size. 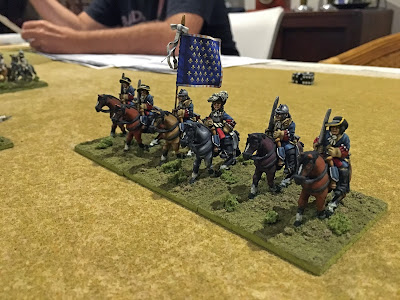 And the inevitable happened - they sent the two Bavarians back to lick their wounds! 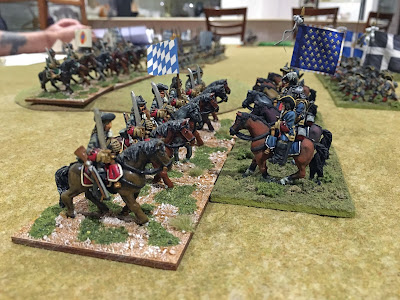 While the French horse held on valiantly for a number of turns in melee, the outcome was always only going to end badly for them.  Eventually the French horse broke and fled - but they had bought a lot of time for my infantry and gun (more of that later) to close with the Bavarian infantry.
In holding out for so long, they had inflicted quite severe damage to both of the Bavarian horse - so while the picture below should be concerning for my French regiment on the left flank, they thumbed their noses and concentrated on the infantry. 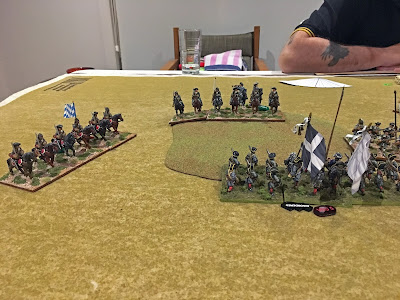 C'mon you buggers - come and get it.﻿ 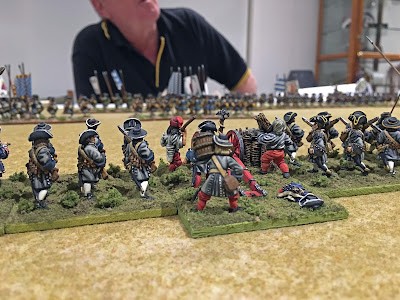 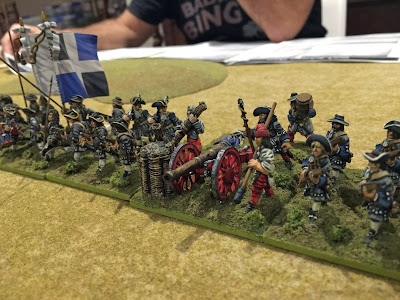 And get it they did, good volley fire from the infantry and that big red gun in the middle inflicted severe damage on the Bavarians advancing to contact 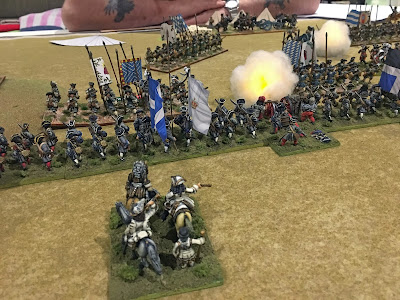 So much so that by the time they hit my line for a melee, they were well and truly ready for a break - and break they did - all the way back to Munich. 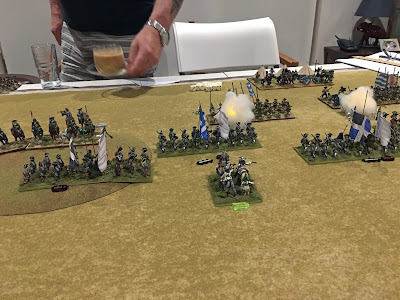 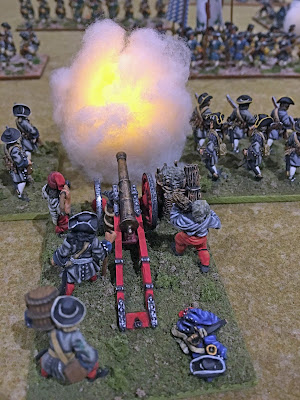