I have wanted to get a grand building that I could use in the context of the Italian Wars collection.  I have the wonderful Mirliton sets which I'll post photos of below and wanted to be able to have a place to put a scriptorium in or at different times a grand manor kitchen service a Duke's feast.

I got a 3d printer late last year and have been mainly printing 1/300 stuff for WWII but stumbled upon the Infinite Dimensions site who had a Sciptorium model.  So I paid my money for the files and have been printing it on and off over the past month.

All of the structure is finished - just need to print the doors.  I am very happy with what I have got and think I will be even happier once painted.  I plan on joining the pieces of each floor together so they lift on and off in one piece.

It is very large so don't see it making an appearance often and only then as a centre piece in a town and on the biggest tables. 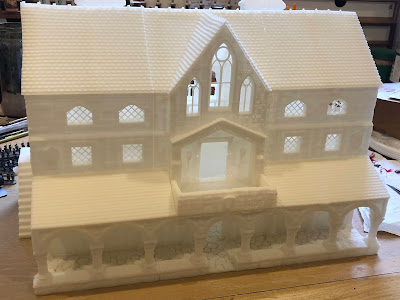 And these are from Mirliton to go with it.  I realise they are slightly out of period - but I am happy with that. 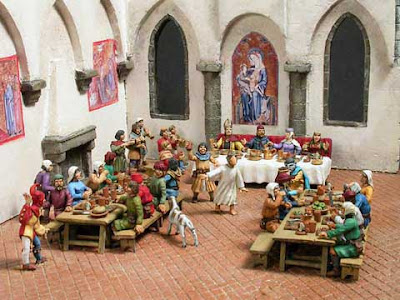 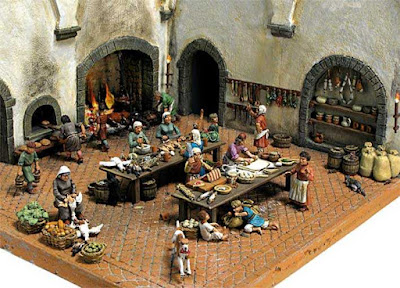 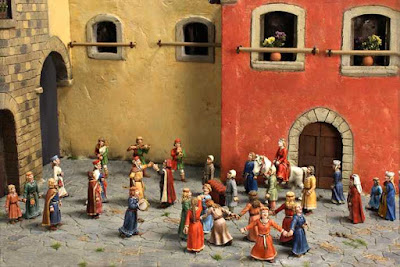 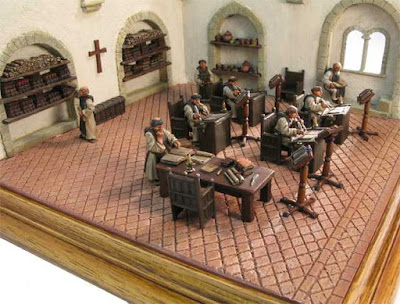 And from Eureka their orchestra to stand on the balcony and entertain. 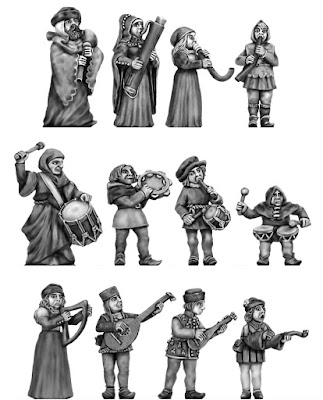 After we fought out the Renaissance game (on my prior post) on the Saturday a wonderfiul dinner was had in nearby Bowral, proceeded by a few beers and followed by some homemade Limoncello at one of the local lads houses.

We then awoke bright eyed for Sunday and a grand refight of Zama.  The Romans were John's and most of the Carthaginians were mine with a group of light foot Allies from Rex.  I do not remember the order of events and so can't put too much story into the photos.  It was however a great game - took most of  the day - and ended with mutual destruction.

The game was again played with Impetus 2.

But a picture doesn't always tell the full story.  While there were almost no Roman foot left on the left wing, just out of shot at the left were a few remianing Numidians (on the Roman side) who had outnumbered the Carthaginian Numidians 2 to 1 and eventually won the tussle and were free to roam and shoot javelins at what Carthaginina foot I had left.  You can however see the victorious elephants returning from their carnage through the Roman middle.  But on the right flank it was another story with the Romans well in the ascendency.
A great day and weekend's gaming.

We are lucky enough to to be able to make a long awaited return to the club in Mittagong over the last weekend in January.
On the Saturday, John and I played a 500 point Impetus battle with my Papal (loosely flagged) army against an army of Maxmillian Imperials that belong to Ralph.
We were playing Impetus 2 which were a very welcome change from all the ‘comp’ games of Basic Impetus that we have played on the last few years leading up to early 2020.
I have a bunch of photos from Sunday's big refight of Zama between the Roman hordes and the brave Carthaginians.  I'll upload those in the next day or two.
Posted by rct75001 at 10:18 PM 2 comments: