A gathering and a game

There has been some easing of restrictions in NSW. So a few of us got together this weekend for a meal and game.   Four of us met on Saturday for a few drinks, very nice dinner and humorous game of Impetus 2 after dinner (and drinks).

Next day a few others joined for a few more games.  After playing Basic Impetus for a number of years we were very keen for a return to the full rules with Impetus 2.  So more as a learning experience we put quite a bit out on the table ..... 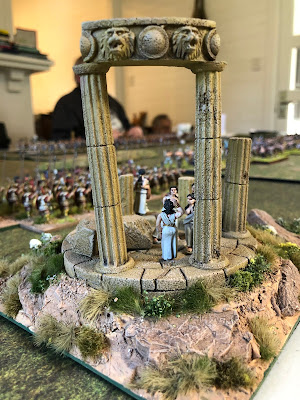 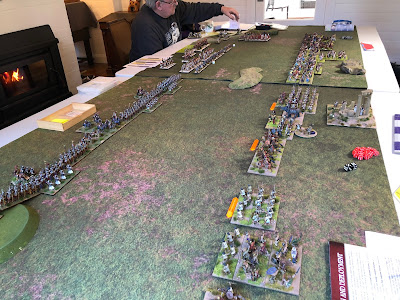 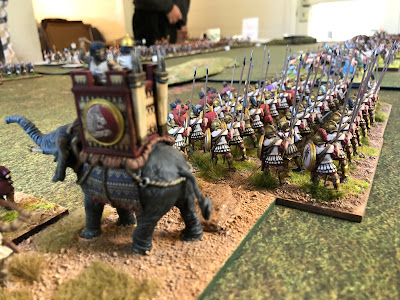 We gathered at a friend’s house in the Southern Highlands of NSW - an absolutely beautiful area at any time - but especially in Autumn.  A view out from the back of his house. 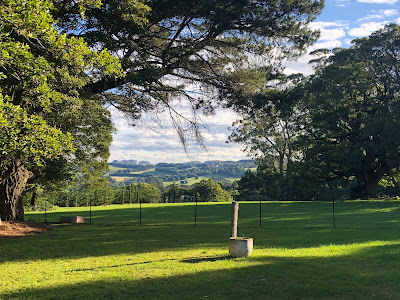 My latest build from the "pile of plastic" is another ACE kit - the Geschützwagen 638/18 SF Ardelt Waffenträger. 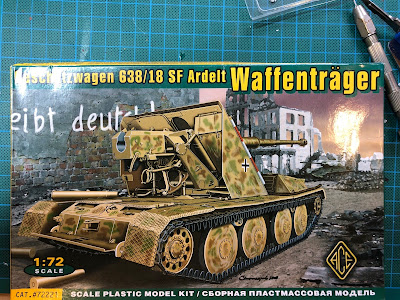 There was an almost absolute need to replace the barrel as the one in the kit had quite a bend in it.  I have another 88mm ACE kit downstairs (PAK 43) and it also has the same bend in the barrel.  I replaced it with one from the armorscale range (and luckily I have another one in the stash for the other ACE kit). 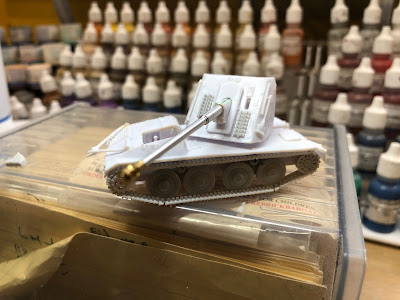 The tracks on this one are link and length with each side made up of 25 separate pieces ... aaargh.  But it is done now and I think will paint up to be a great kit. 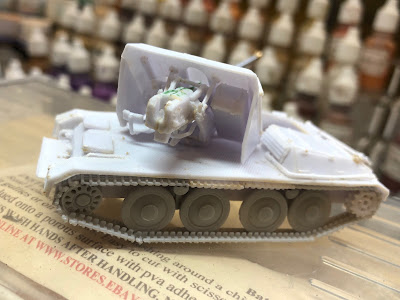 I have continued with the current spurt of building effort - all of which I am enjoying immensely. Even though many of the models built are from ACE, the building is a great break from what is an extremely busy period at (home) work.

So a few special pieces that I have been working on.  First up is an ACE Citroen car which I have needed to do some surgery on to open the door so that I can recreate one of the iconic photos of my favourite battle (and also featured in a favourite supplement guide). 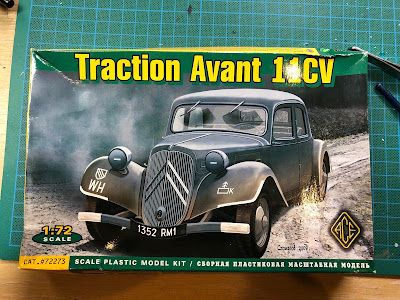 Does anyone know where I can get hold of a dead German officer for draping? 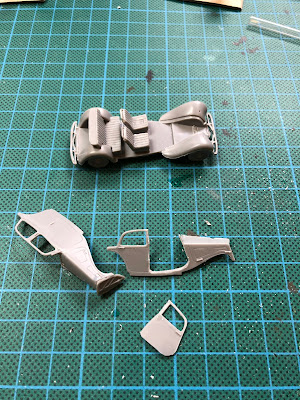 Then this wonderful model of a Vomag 88mm Flak from Roden. 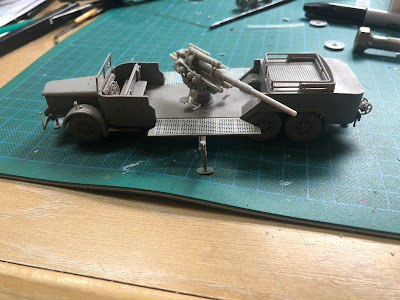 Still need to select a crew as well as put various bits of stowage on the back of the vehicle.

Lastly, I have started one of a few pieces that I have been collecting for a few years after reading of the action at Rethem in the wonderful book “No Triumphant Procession” by John Russell. 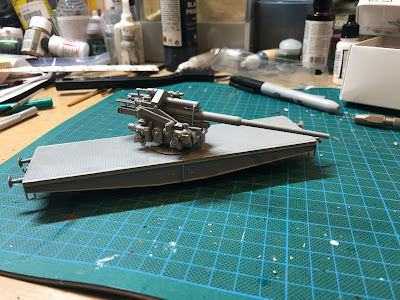 I have continued on a building spree - a great way of relaxing with work so busy.

First up is the completed ACE RSO ambulance.  I have left it in pieces until undercoated. 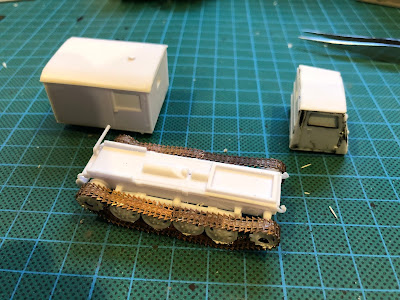 I have also done an IBG Mack truck for my US forces. 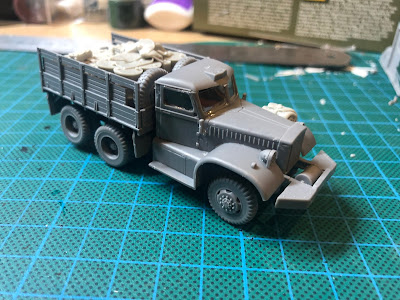 I’ve also pulled another ACE kit out and managed to get it done.  It’s a French truck commandeered as a German ambulance. 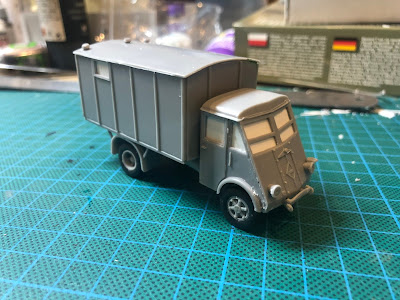 And lastly for the moment is a beast of an anti-tank gun.  Again an ACE kit.   I had been warned the guns are particularly hard work and that was pretty true.  Will look great with some paint and based. 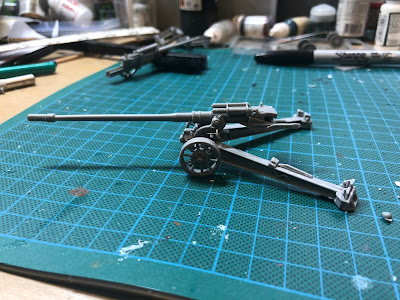 There a few other pretty special things close to finished. Perhaps in the next day or two and then I’ll paint them.
Posted by rct75001 at 10:40 PM 2 comments:

Anyway ... onwards without any promises :)

I was in the basement a few weeks ago and opened a large plastic storage crate and was transported back 7 or 8 years ago to a period I was accumulating a lot of 20mm WWII gear.  As I rumaged through the box I came across a number of kits from ACE.  I have always been in fear of these after hearing terrible stories of how hard they are to build ... after I had bought them.


So I thought what better way to start again than to dive head first into them.  I started with a late war ambulance based on the RSO chasis.


Among the wonders in the kist are photoetched tracks.  These are fiddly.

But when installed look pretty good.

Work has been incredibly busy and all consuming over the last few weeks.  So I didn't get much time to work on this - but have managed to finish the build this weekend.  It is still in three components until it gets undercoated and possible basecoated.

I have also spent some time on a few other models that I rescued from the basement.  More of those in the next couple of posts.