Have spent most of the last 3 days in a big build effort so I can get base coats on a load which I can then work through over the coming month or so once I get back to work. 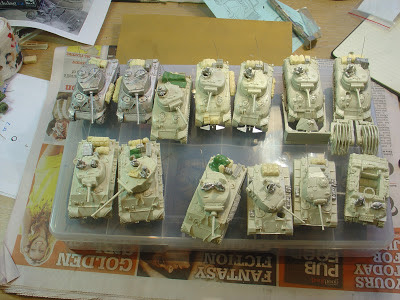 Then a range of "specials" 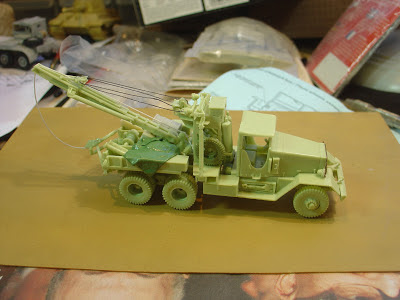 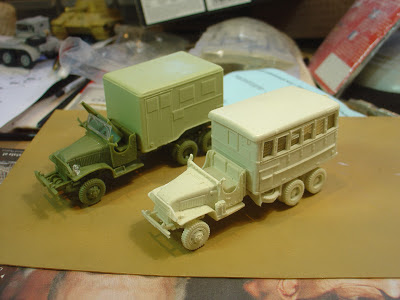 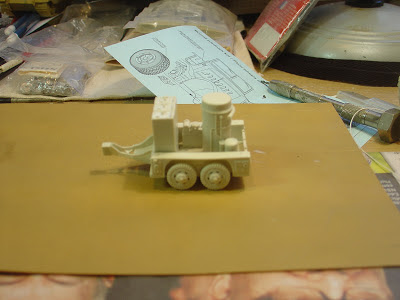 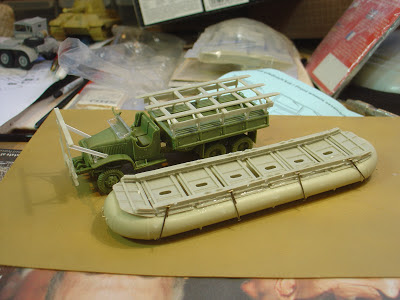 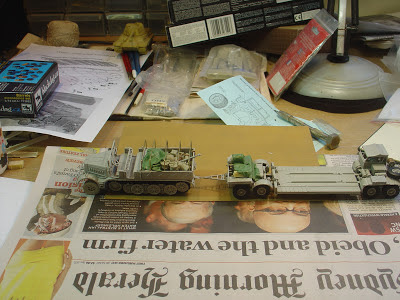 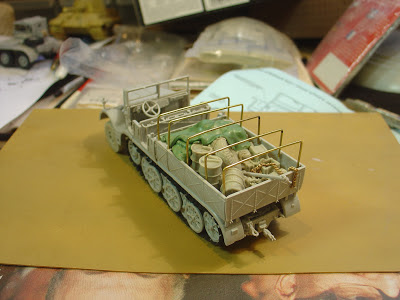 Aiming for the stars!!

Perhaps fortunately for me, I did not produce a list of goals for the year just gone.  So I will not have to suffer the embarrassment of having to go back and see how little I delivered against the plans made.  So it is with some trepidation that I compile my first ever set of plans for the coming year. 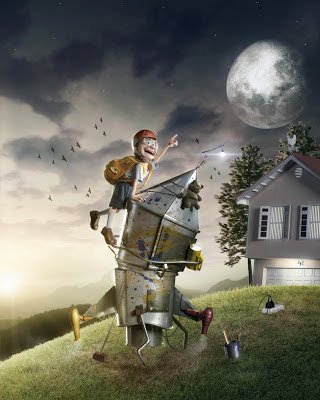 But first a quick review of 2012 as seems to be the way with these types of posts.

My focus on painting was participation in The Guild challenge that went from January to end November.  Rather stupidly I nominated five projects and there were five tasks for each one.  I managed to hold the course for 4 of the 5 tasks with the fifth and last seeing me finish just three of the projects.  In any case, it still meant a reasonable amount of painting got done during the year as the following tally will show:

My other great accomplishment during the year was to buy lead for a further two periods that have yet to be put onto the schedule - but that is probably because I can't find the schedule after 2020 :)

I haven't played a lot of games during the year, but those that I have played have been good - especially those with the boys from Goulburn.  Never having played an Ancients game before, I was introduced to the wonders of Impetus - great game.  I have so far managed to avoid the temptation to make that new period #3 - but there is still all of this year to achieve that.

The other major achievement was the conversion of a wet, flood prone, and rough basement space into our games room.  Still in the process of sorting out painted and unpainted stuff so more often than not the table is covered in goods but I did manage to christen the table with a game of RapidFire with my son.  Speaking of my son, we played a number of great games of Force on Force with his beautifully painted US, British and Afghan minis and his great homemade terrain.


So to the plans for 2013.  I have been stung into action by advice from a wise man that I should "Aim for the stars, because if you aim for the streetlight, you may just shoot yourself in the foot!”  With that in mind, what follows is the list of intentions.

Want to get two more pike / muskets units painted as well as make a start on the wonderful resin buildings that are sitting in a box in the basement - so aim for 3 of those painted.

Paint a Russian Division and possibly an Austrian one if I have time.  Also get some of the terrain painted for this.

Break the back of the project.  Will do this by painting and basing units for 2 scenarios from the wonderful Enduring Valour books on Gettysburg - The Wheatfield and Pickett's Charge.  This will also require dozens of feet of fencing of various types to be made.

My main focus.  Firstly resist the temptation to buy any Russian stuff.

Having achieved that I will focus on finishing the US forces (approx 40 vehicles and 2 battalions of infantry plus supports).  Then move onto a German Recce Battalion.  If I get those done then a FJ battalion with supports.

Lastly, my second love (after family and toy soldiers) is books.  We have outgrown the bookshelves in the library and a logical solution was to re-model the room I use for modelling and painting into a "military history annexe" to the library.  The first phase is almost done as I have sorted out the multitude of boxes that were strewn everywhere and organised them into storage in the basement.  Next will be pulling out some horrid built-in wardrobes that were there when we moved in (anyone interested in some large mirrored doors please call).  Then rectification on skirtings, gyprock and (I hope not) carpet.  Finally installation of bookcases and the move of the volumes.

Along the way, I will be distracted by 100 different temptations.  Maybe the worst of which is this damn internet.
Posted by rct75001 at 12:10 PM 7 comments: