Back to WWII - 20mm German Battlegoup

Been putting together a fair bit of resin and adding stowage to old partially painted models and new ones alike.  Got the greenstuff out tonight and painting begins tomorrow.

Will be used to build a battlegroup from the RF Normandy book for 12th SS. 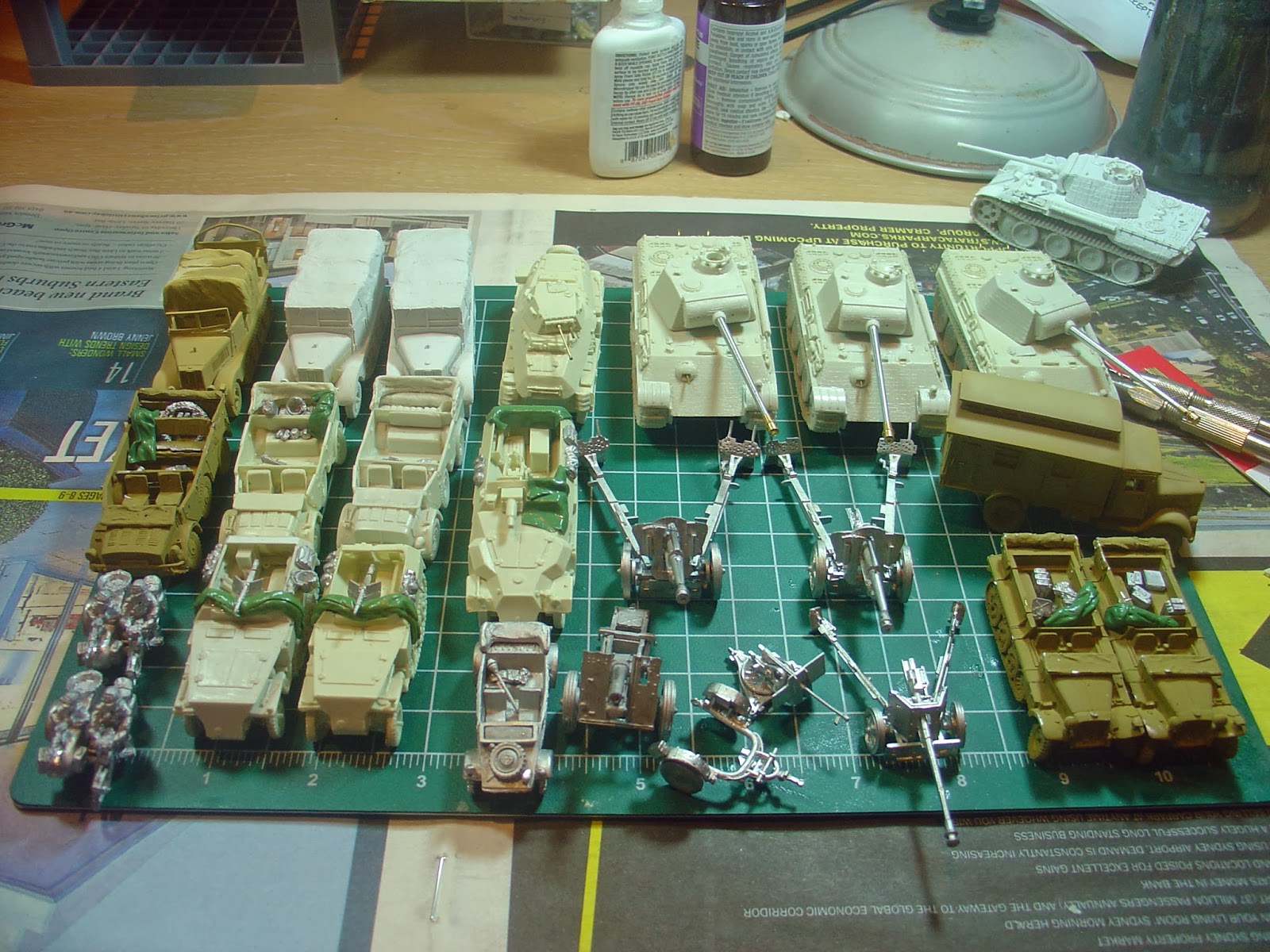 So most of the army on display.  This is what I fought with over the weekend when they made their debut in an Impetus competition at Cancon - Australia's largest convention.

There were just 8 of us in the Impetus comp and a great time was had by all.

Like all new armies they did not cover themselves in glory - let's just say I won the Encouragement award.

The army is from the Impetus beta lists is made up of Huns and some Goth allies.

There are two more pieces that I used on the weekend but need to do a bit more to - one because of injury and one to add a few more items to the baggage base. 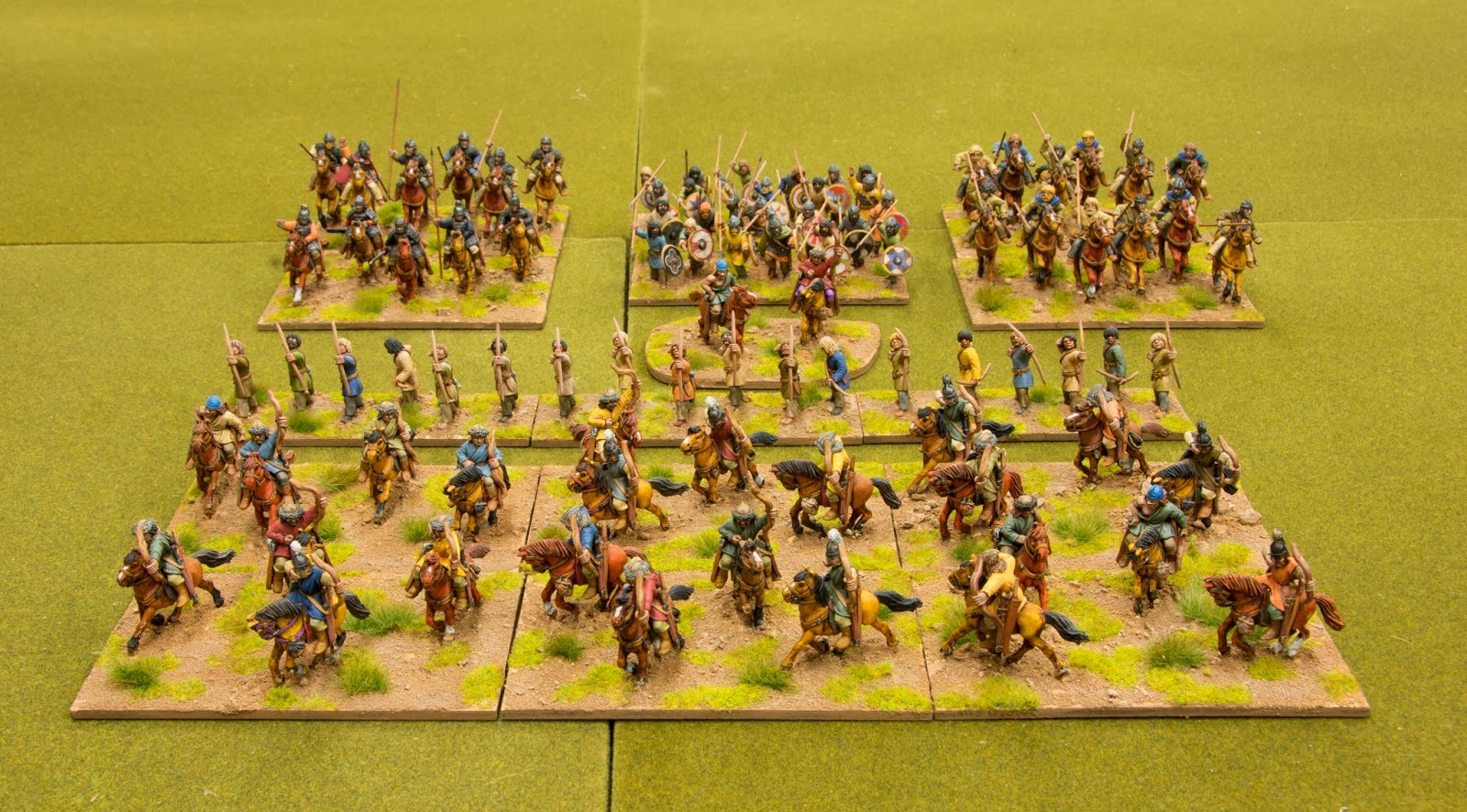 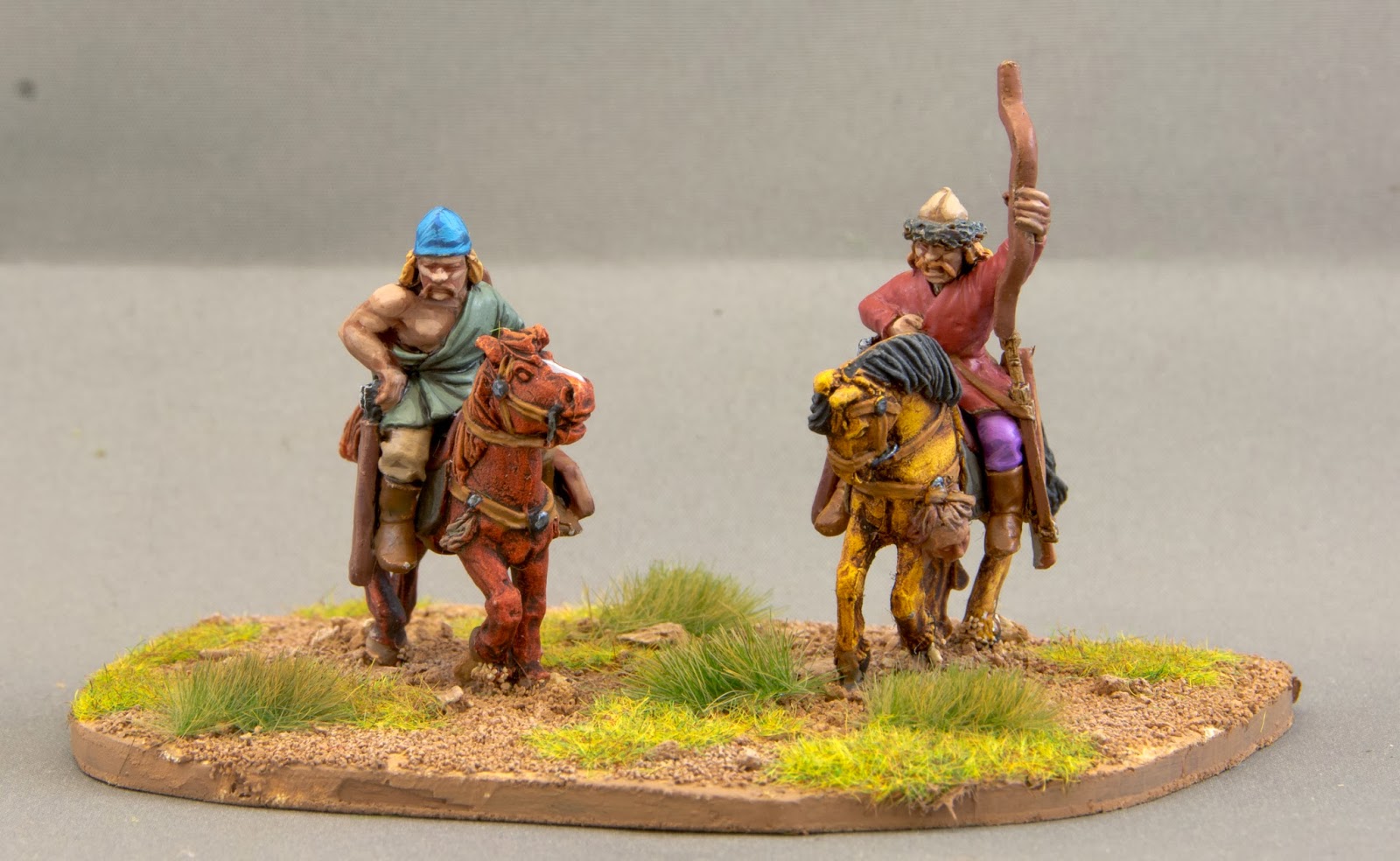 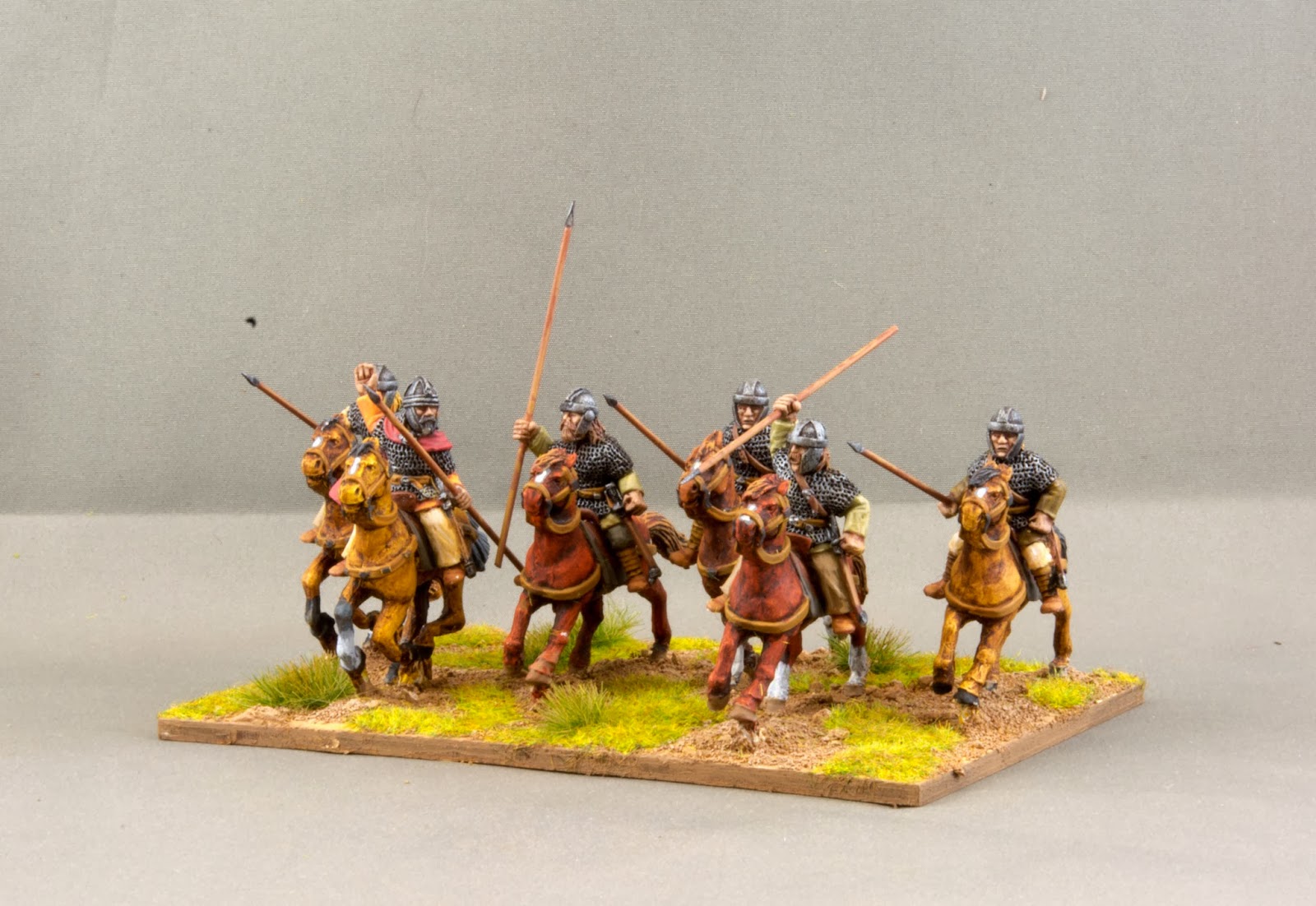 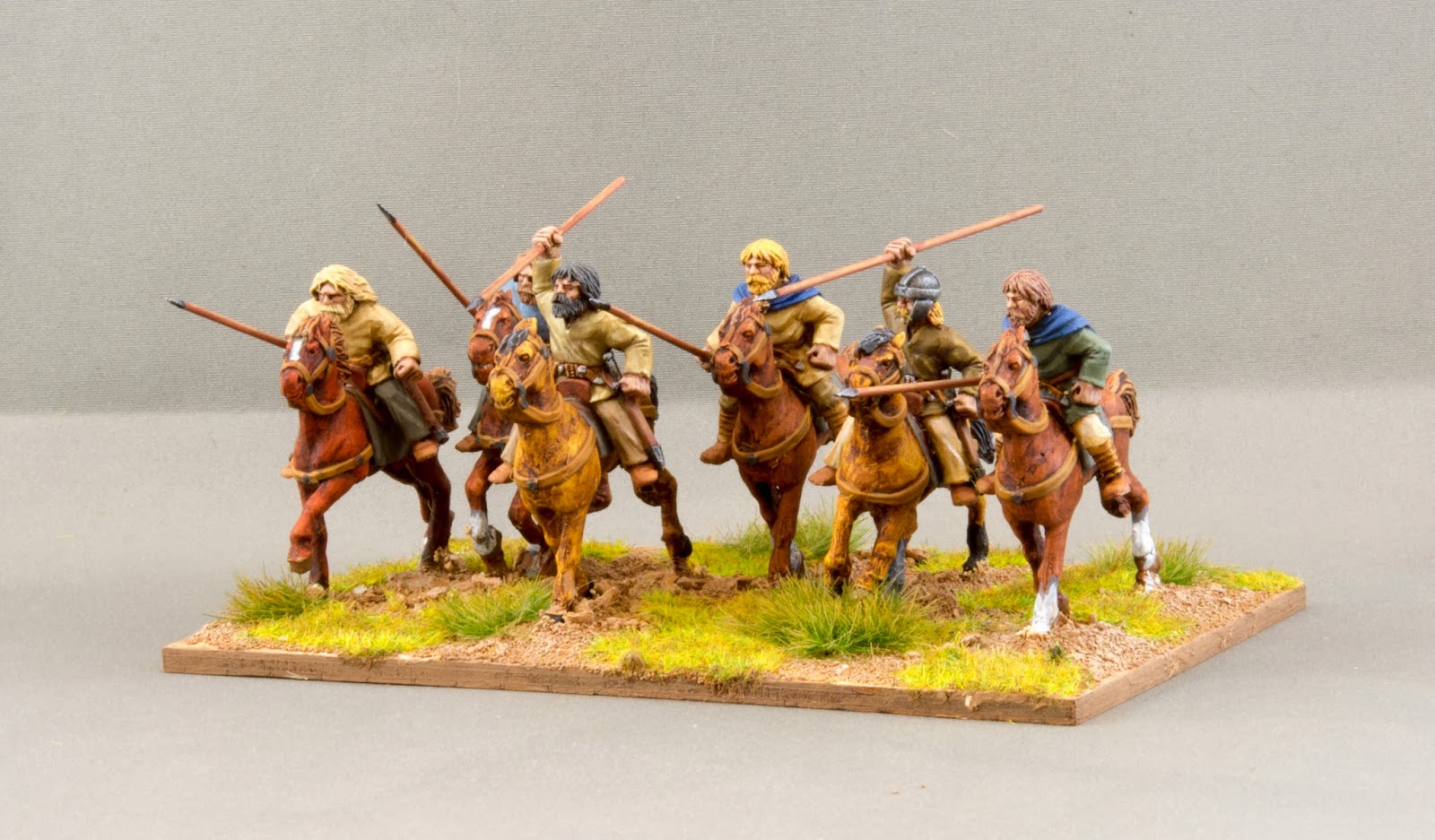 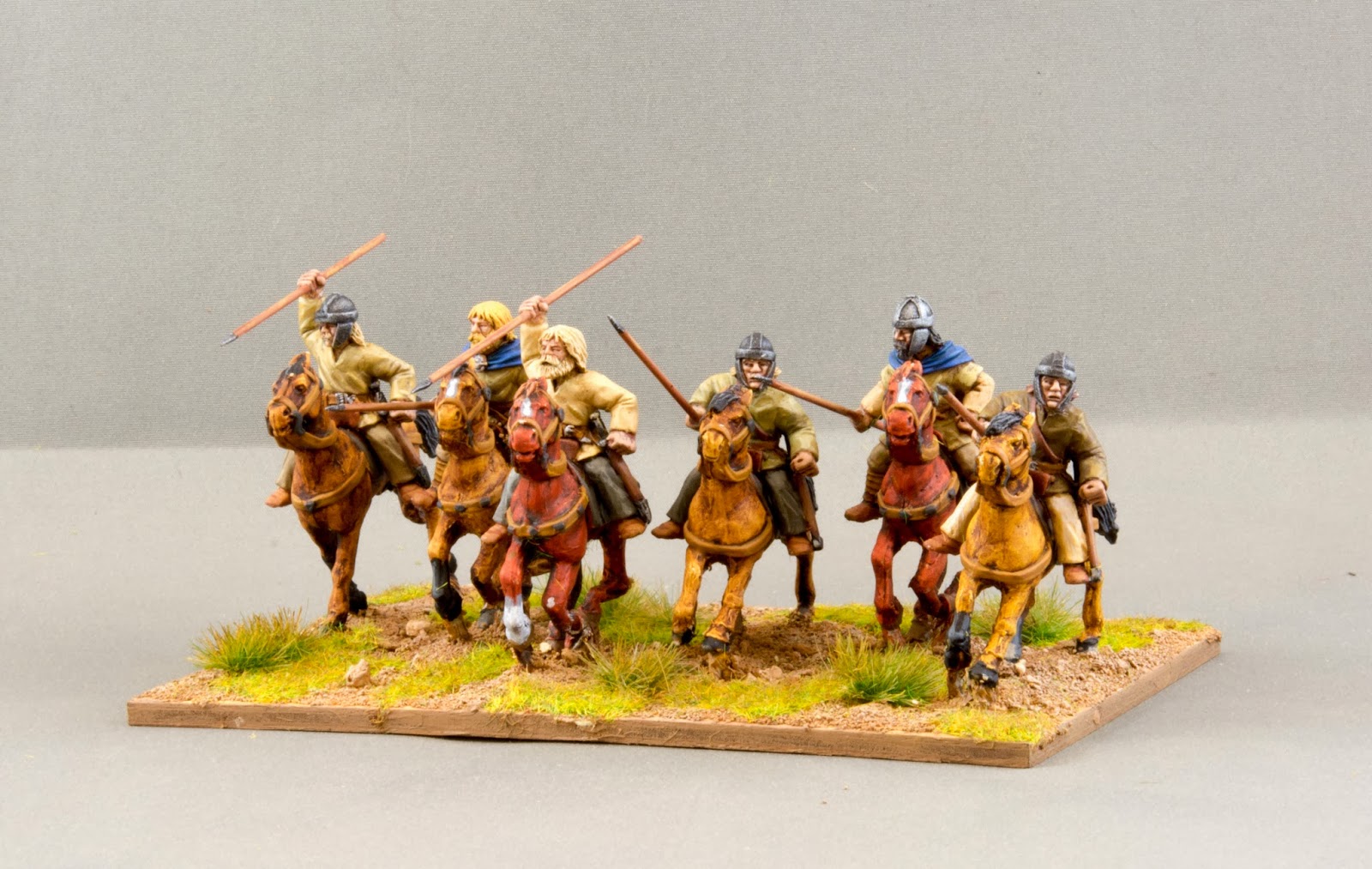 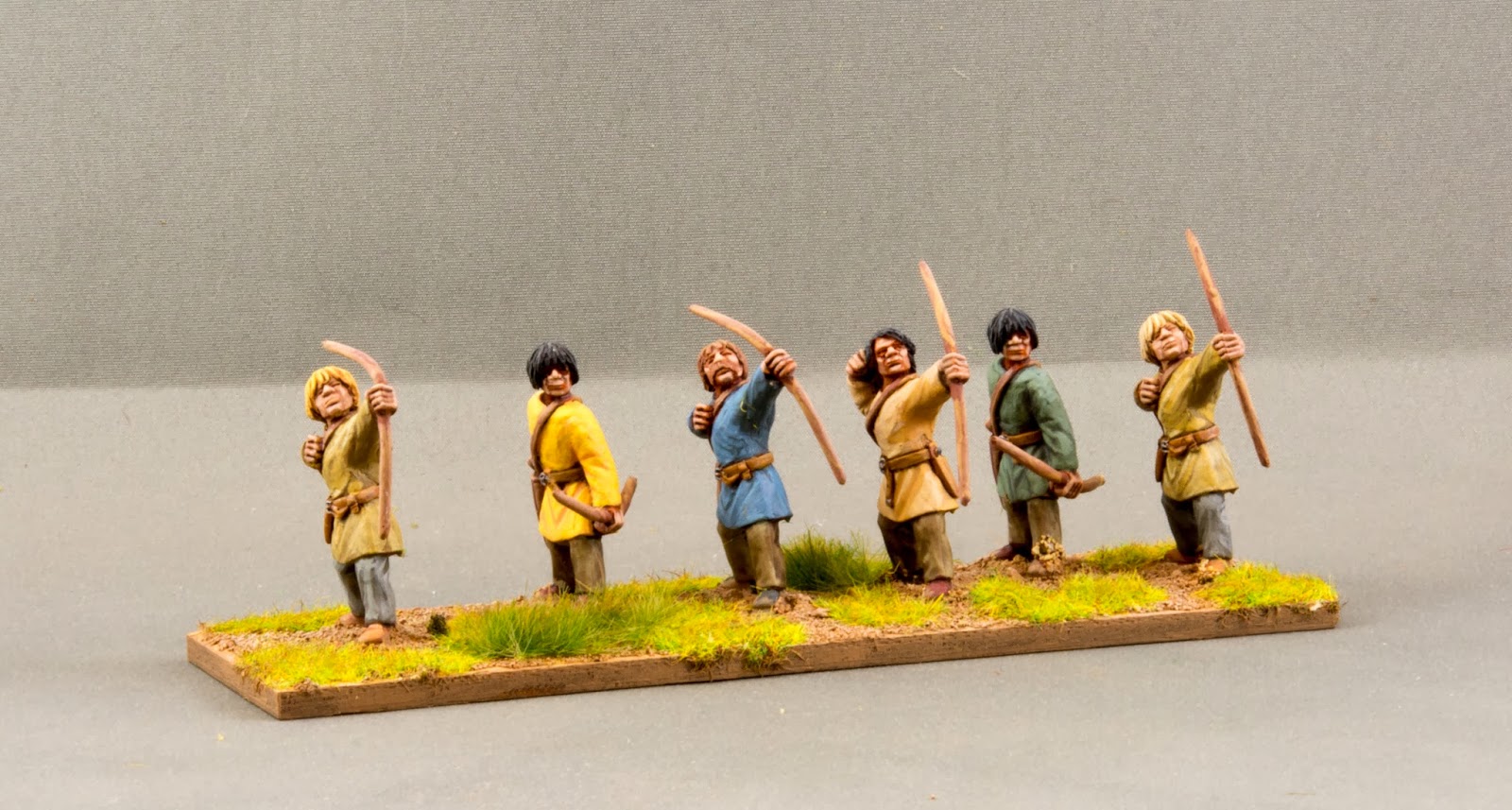 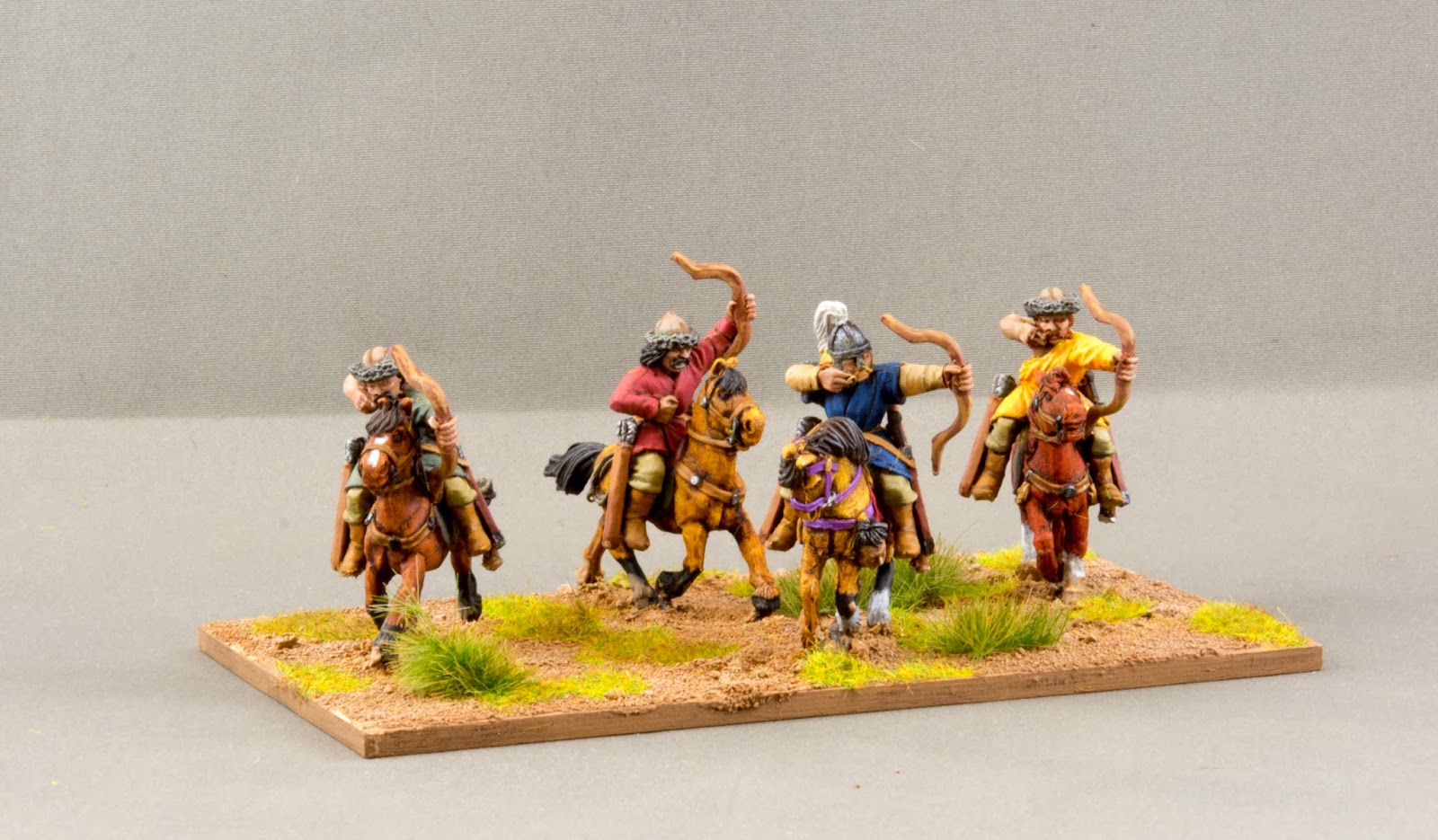 The Huns on the Field

The Huns had their first outing on the weekend.  They played in an Impetus comp at Cancon - wonderful two days with a great bunch of guys.  While I have continued to attend Cancon each year, this is the first competition I have been in there in over 25 years - the last was microarmour.

Anyway, only got one photo as I was so engrossed in the games.  I know a few more were taken by various people and if they ever appear I will purloin them (with appropriate attribution of course). 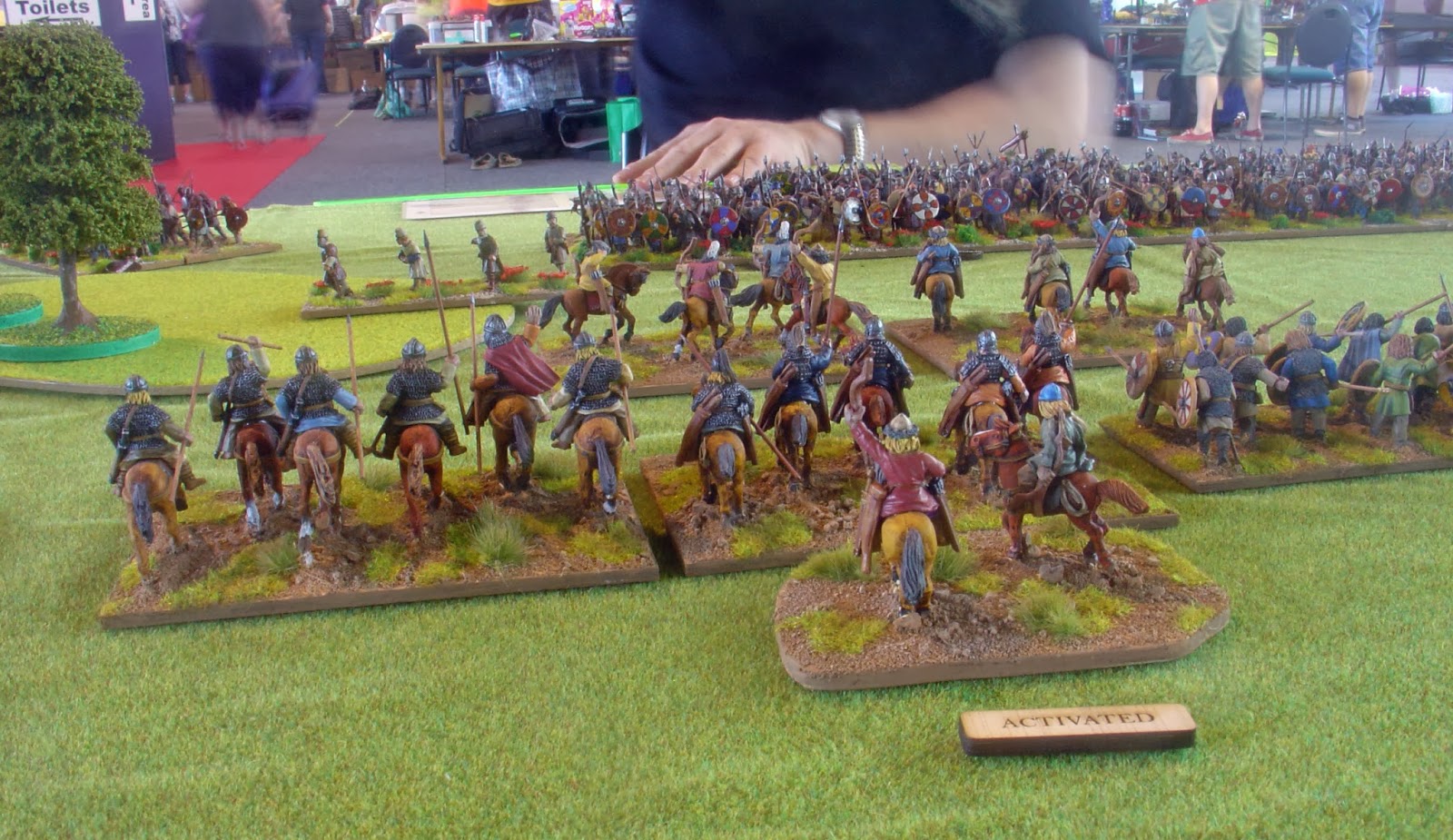 I need to do a little bit of repairing with the glue - one lance and one rider were casualties. Once done, I will get them all out and take a shot or two.

Getting close with the Huns

Less than 48 hours to go until I need to be in the car driving to Cancon where these guys will make their debut.

Since the last photo 12 bases finished.  Just a few more to go and some command figures.  And all the basing to be done.

An overview shot of what is finished and mounted on bases. 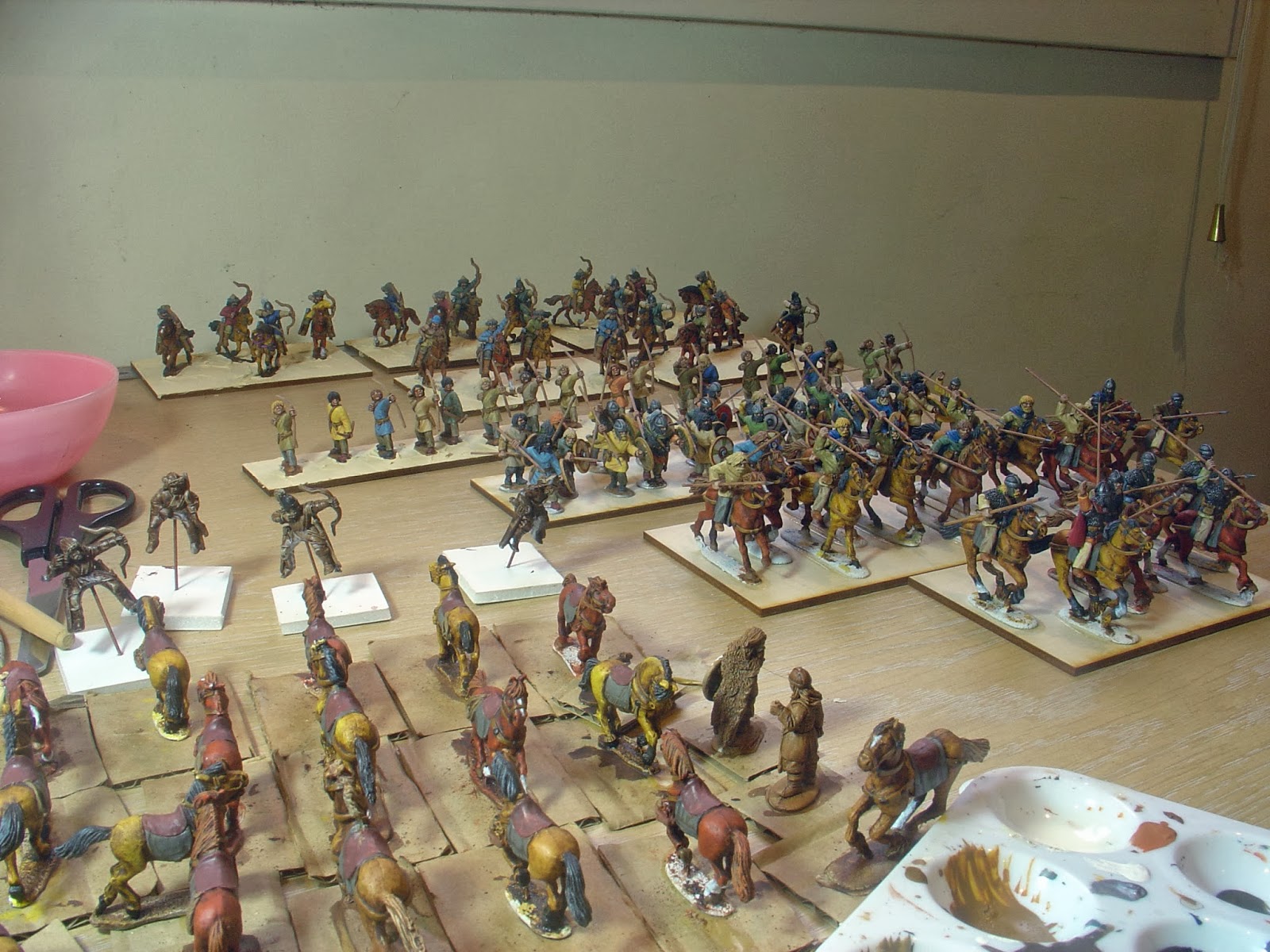 And some shots of their allies﻿ 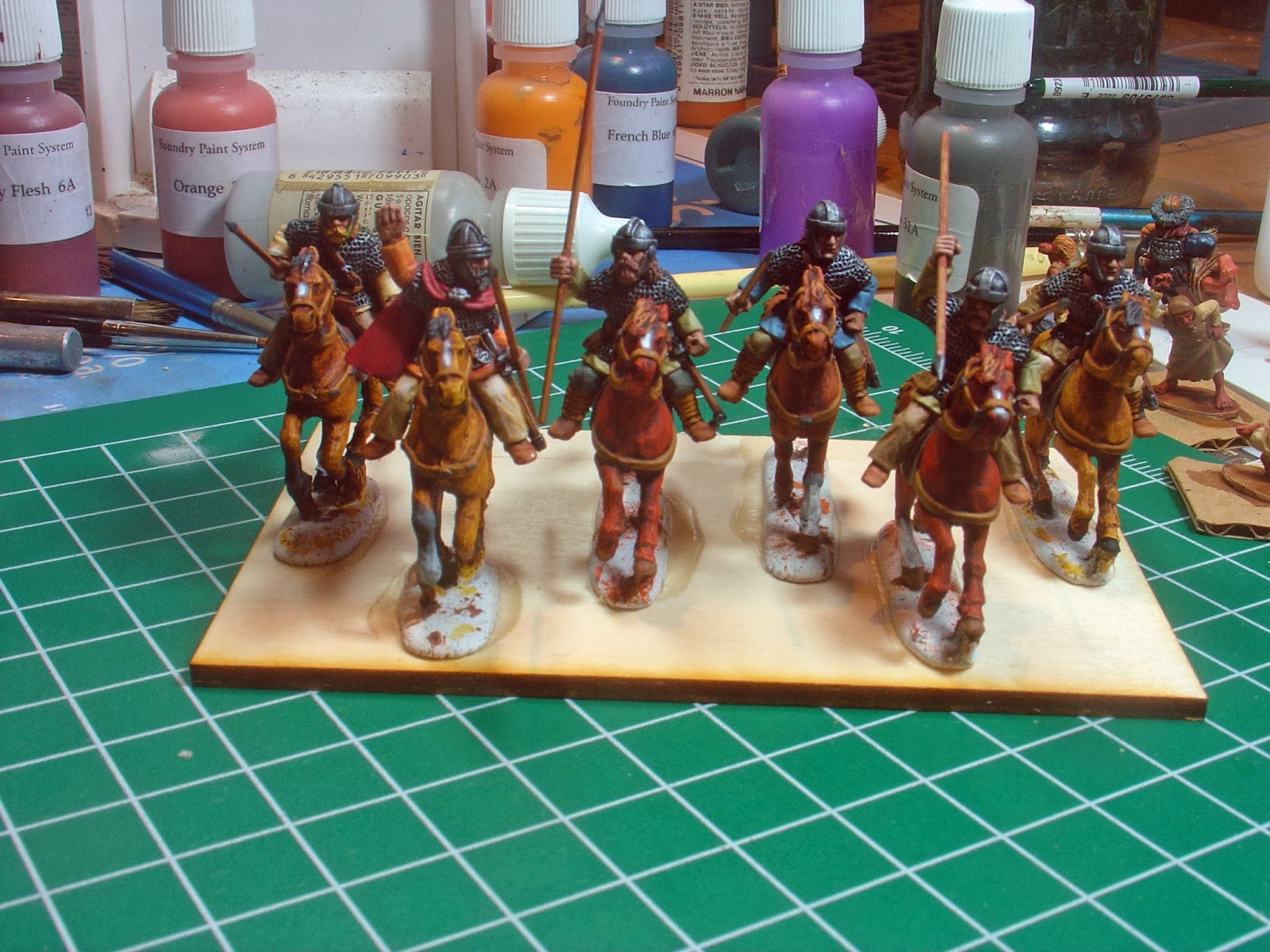 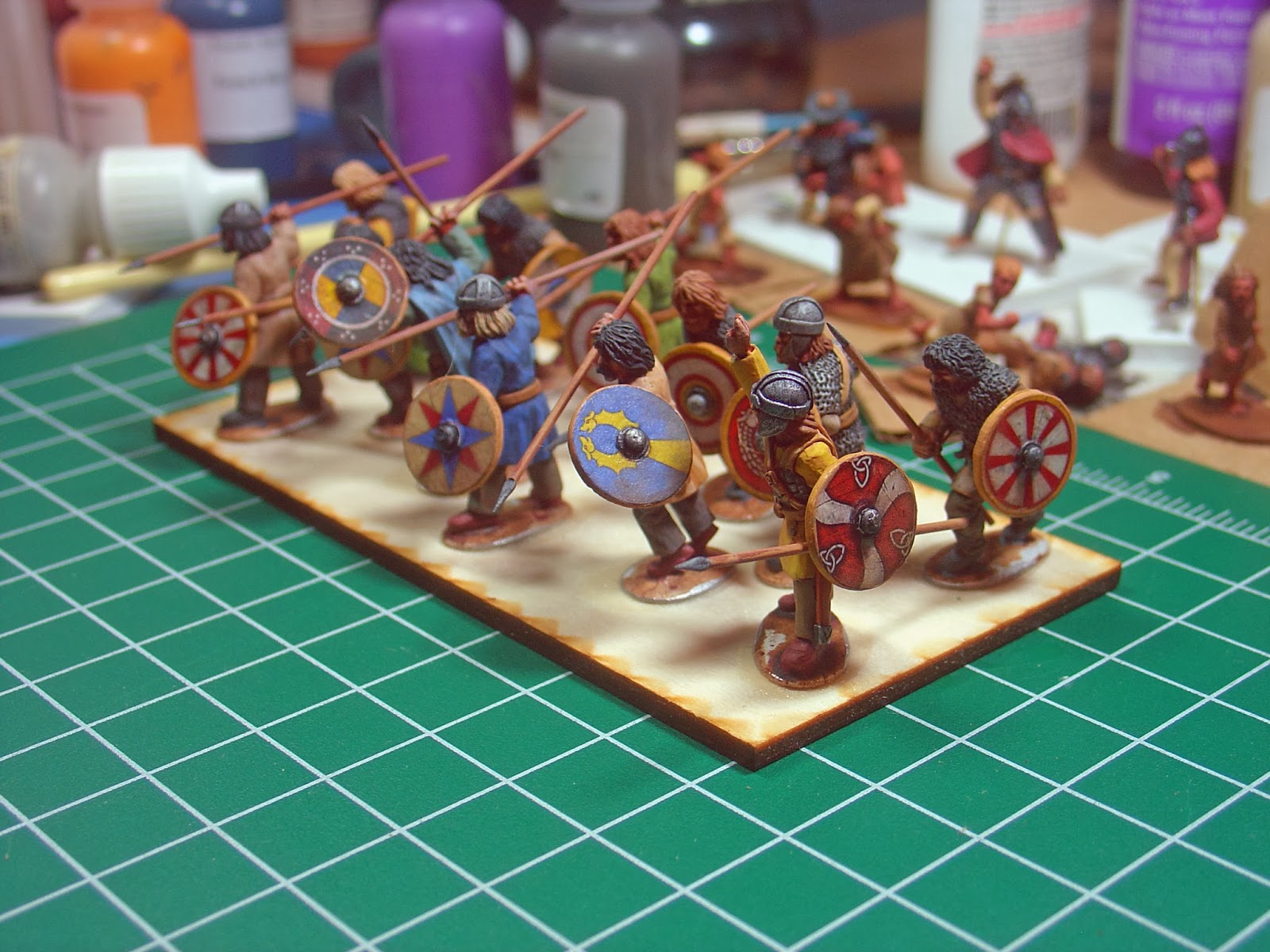 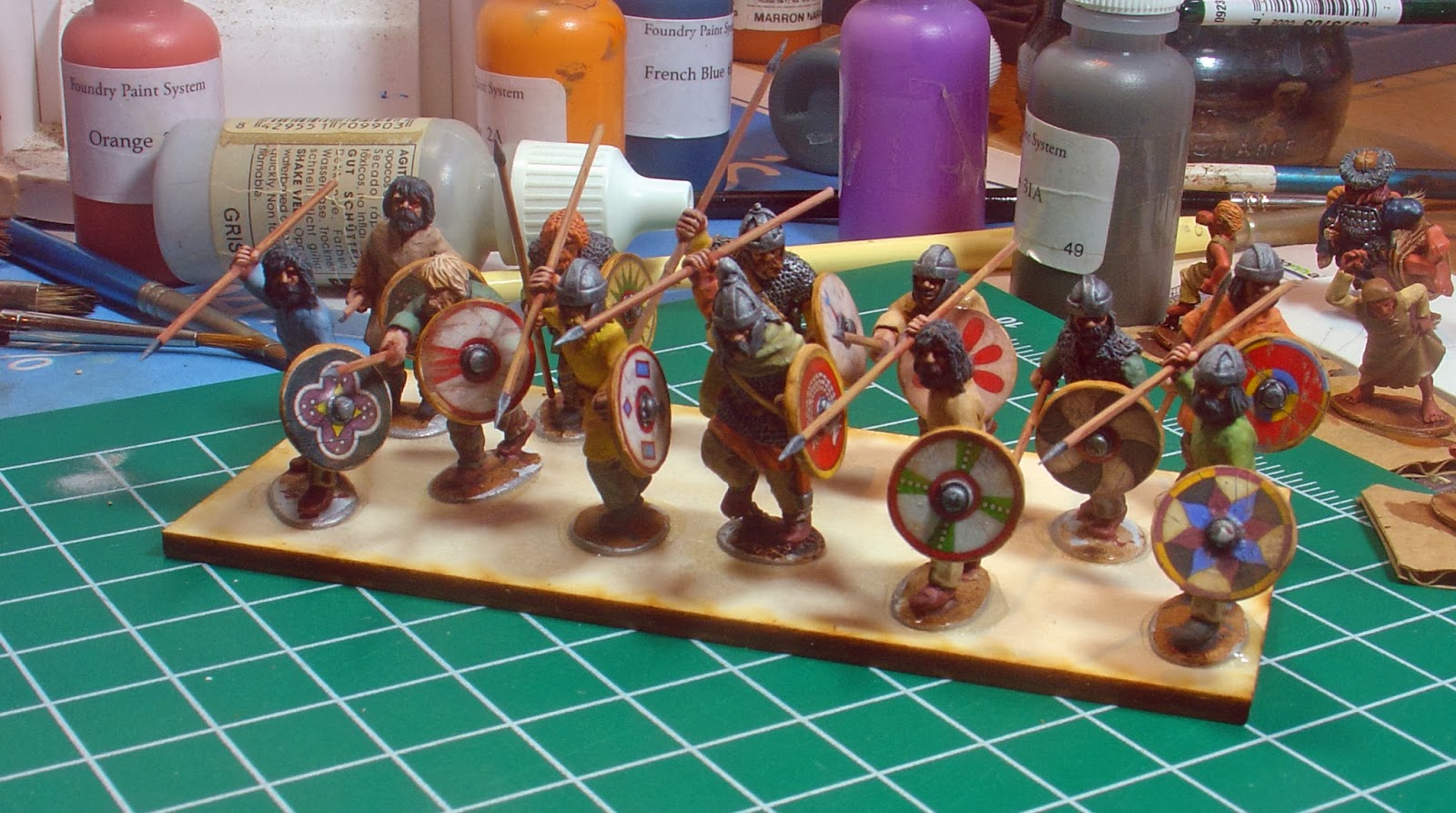 Work progresses on the Huns

As many of you will know a deadline makes for hasty work - and the deadline for this 350 point Hun (and allies) army is now less than 2 weeks away - the Australia Day long weekend for the Impetus competition at Cancon.

What you see on the table has really be done in the last 10 days.  So here is progress so far. 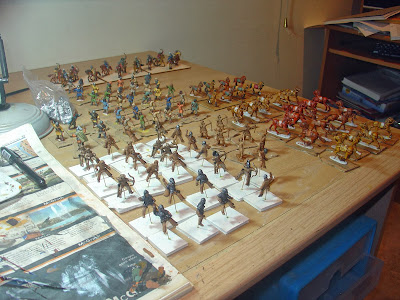 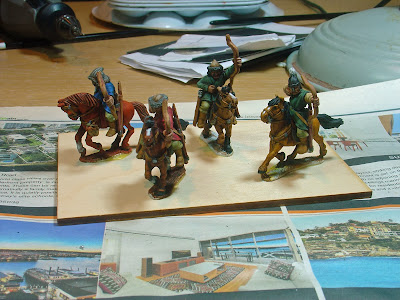 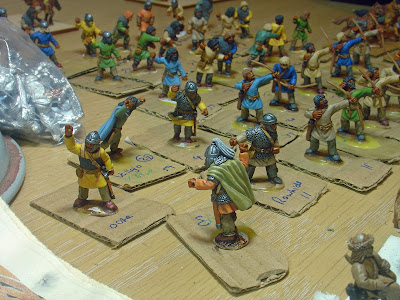 Some work to do on the Huns

So this is what a 300 point Hun army for Impetus looks like - especially one that is not finished. 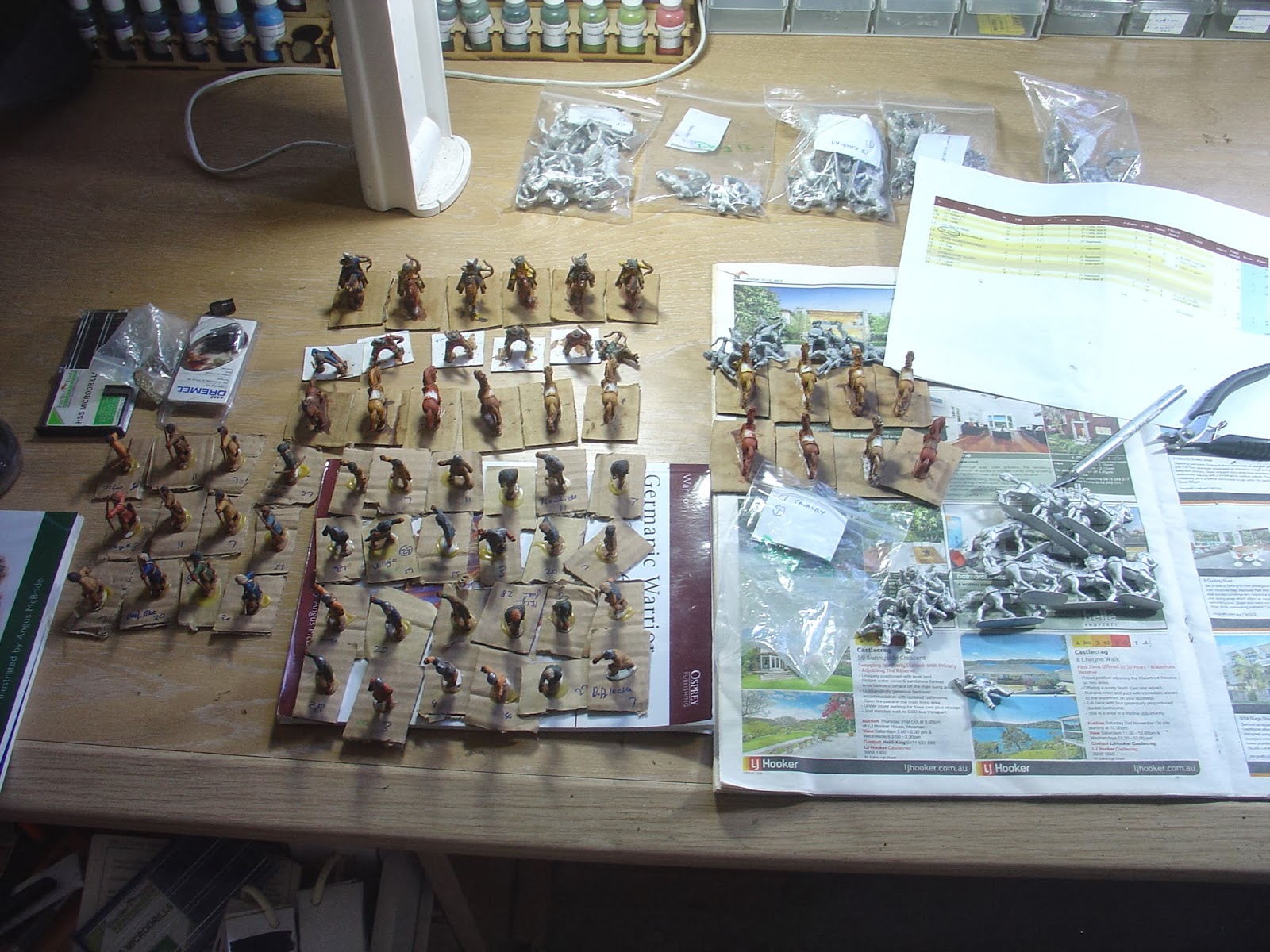 Looks too much foot for a Hun army I hear you say!.

The bags at the back each hold a number of horse and their is a further base of horse being cleaned on the desk at the front.  Don't want to miss out on those nice horse archers being able to swarm around and then evade to I.

I have quite a bit or work to do over the next three weeks and I'm also awaiting some shield transfers from LBMS for the German allies foot.
Posted by rct75001 at 7:12 PM No comments:

I had debated for a few days whether to decend into the room of doom to do a clean up but have managed to find other things to do so avoided it (including building a skate ramp with my son).  Then I  stumbled on a post on Der Alter Fritz's great blog http://altefritz.blogspot.com.au/2013/12/new-years-eve-clean-up.html that spurred me into action.

Hence I find myself in the room with a large task ahead of me.  What has happened is that as I finished the military history annexe to the library, I had to clean out what had been a store / worl to date.  I simply dumped it all down here as building the bookcases was more of a priority.

Today at the start of the penance.... 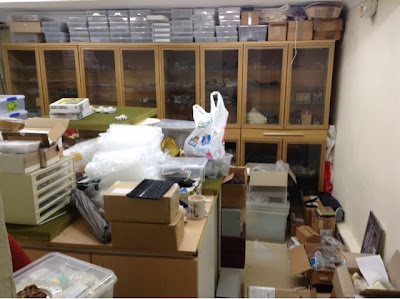 This is transport for a German battlegroup that I am building for our club's RapidFire Normandy weekend in February.

The Opels are from SHQ and the Italian vehicles 'on loan' are from Grubby.  The battlegroup is based on 12thSS in Normandy and they has German and Italian transport apparently.

I needed to interrupt the progress on the Huns to get these done as they are the 4th of 4 entries in the year long painting challenge at The Guild.  So back to the Huns now. 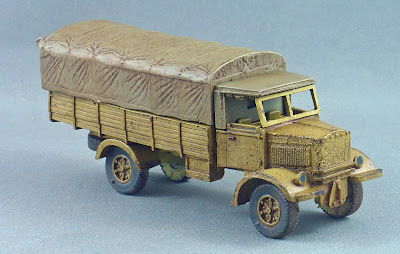 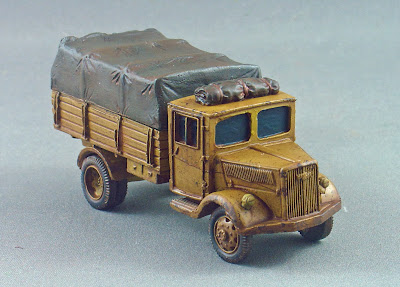 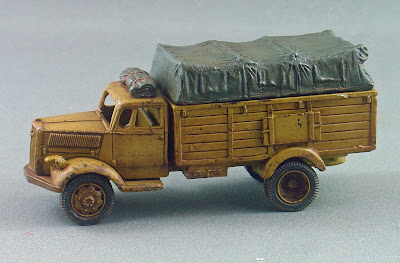 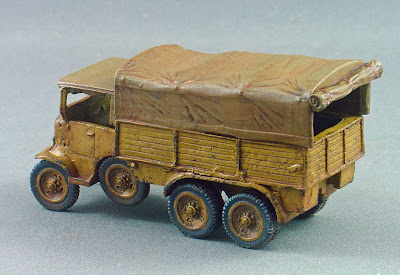 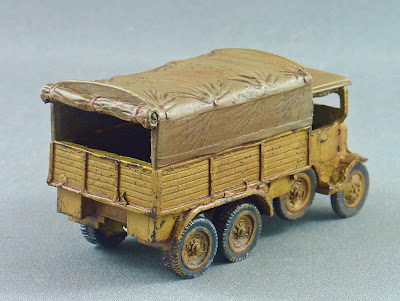